MWHF Girls Swim and Dive Team is Third in State 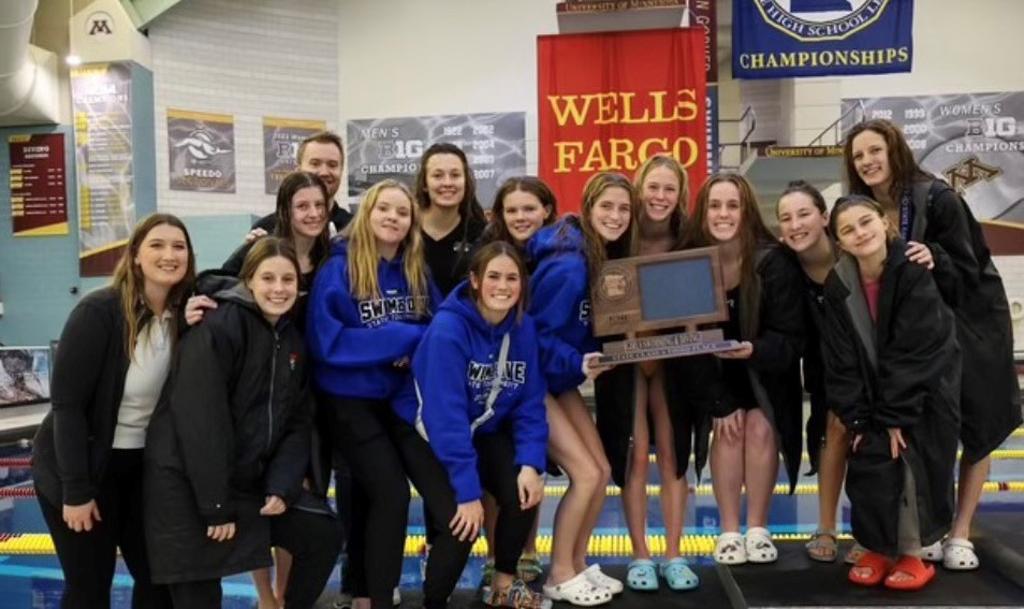 All Class A swimmers with state qualifying times or a top-two event finish from the Section finals meet compete in preliminary races on the first day of state tournament competition. Those finishing in the Top 16 qualify to return for state finals on day two of competition.  The Top 8 qualifiers from prelims race for the championship, and places nine through 16 compete in the consolation round. Divers compete on Wednesday in preliminary rounds, with the Top 16 point earners advancing to the Friday finals. MWHF advanced four swimmers and one diver from the preliminary rounds on Wednesday and Thursday to compete in the individual event finals on Friday, along with three relay teams.

Dueck competed in two individual final heats, earning a second-place title in each. In the 200 Individual Medley, she swam her season's best time of 2:05.88. The 100 breaststroke was an intense race to the finish with Dueck’s 1:03.76 just 0.00.03 behind the first-place finisher from Melrose. This Holy Family junior is a powerhouse in the pool and a fierce competitor in every stroke.

Storm stood on the podium at state for the fourth consecutive year. Consistently a team contributor in individual and relay sprint races, Storm swam an impressive 23.85 in the final heat of the 50 freestyle, earning a second-place medal and breaking her own school record as she closes out her successful high school swim career.

Johnston has been a reliable breaststroke and freestyle competitor throughout her high school career. Johnston competed in the final heat of the 100 breaststroke and earned a fourth-place medal (1:05.70).

Johnson competed in the 500 freestyle distance event. Her personal best time of 5:16.48 earned her a ninth-place finish. This sophomore has depth as both a sprint and distance swimmer and will be one to watch in the coming seasons.

Monette was the youngest diver among the Top 16 advancing to the final rounds and proved herself to be among the best. Monette, known for her precision and tight body position, had her full arsenal of high difficulty dives on display. With 344.10 points, Monette earned her first trip to the podium and a sixth-place medal.

Coach Hanson had all the tools he needed to build a trio of relay teams. MWHF’s Dueck, Johnston, Ness and Storm are the 2022 200 medley relay state champions, finishing with a team record time of 1:47.42. “I’m so proud of this team and all that we’ve accomplished together this year,” said Storm of the first-place finish.

The 200 freestyle relay had the crowd in a frenzy. MWHF and Visitation were evenly matched through each leg of the race, with Visitation touching the wall for the win, just 00:00.55 ahead of MWHF. Storm, Johnston, Dueck and Warden’s time of 1:37.56 set a new school record and earned second place. The 400 freestyle relay team of Warden, Sullivan, Ness and Johnson took 14th place with a time of 3:43.68. 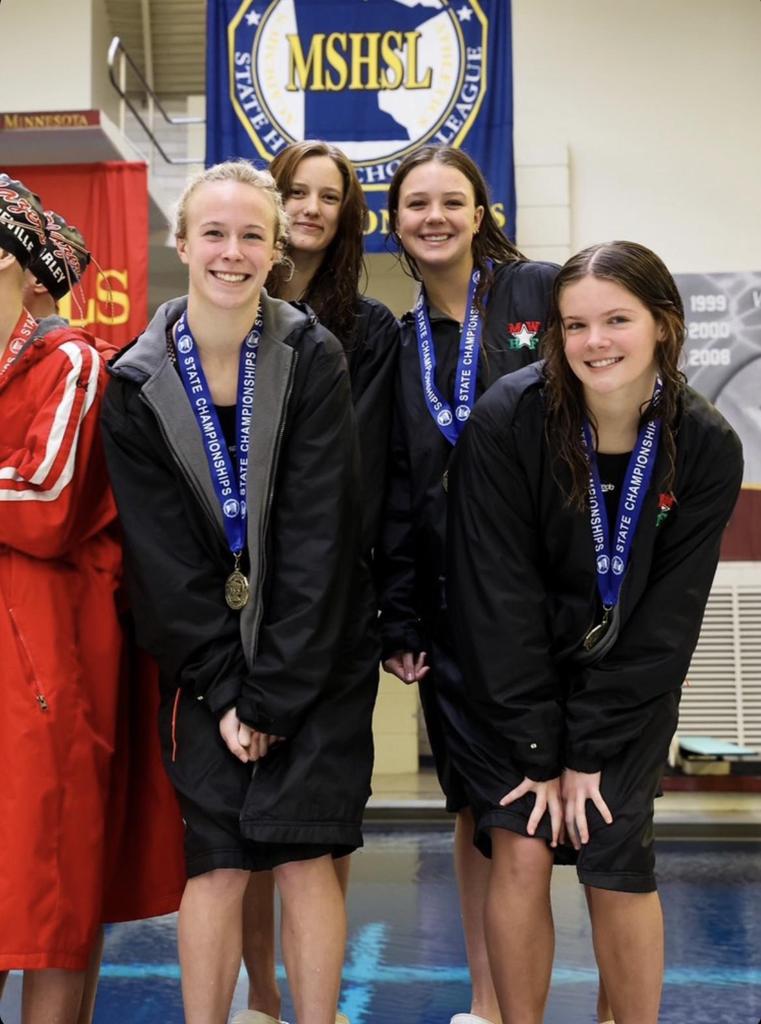 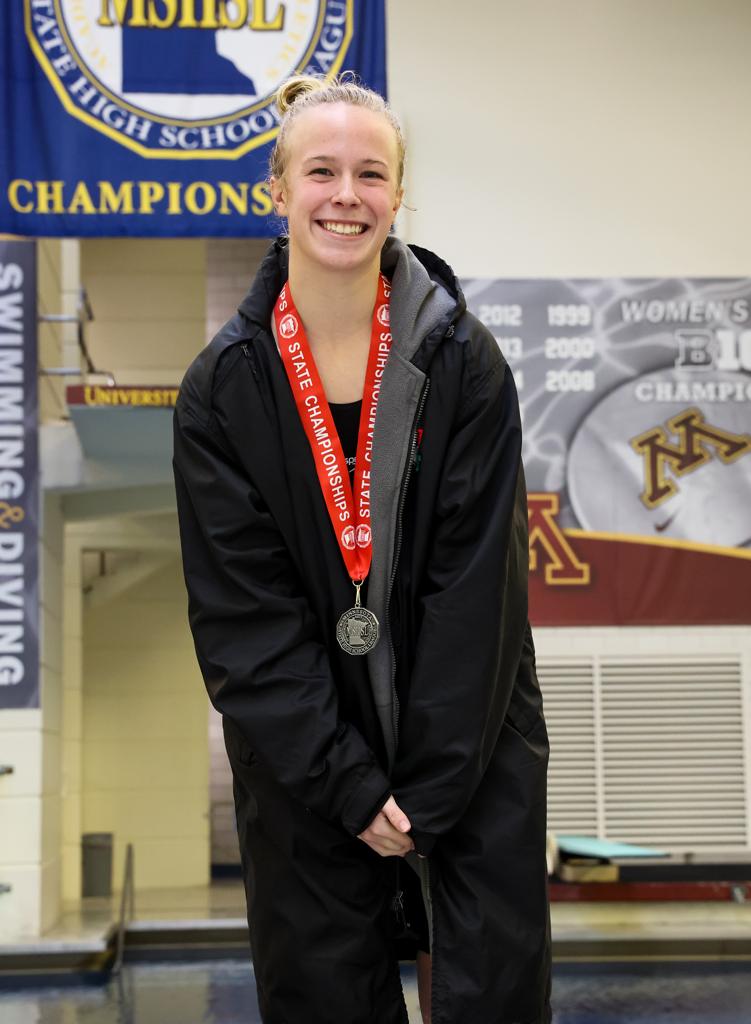 Jaylyn Storm took second place at state in the 50 freestyle 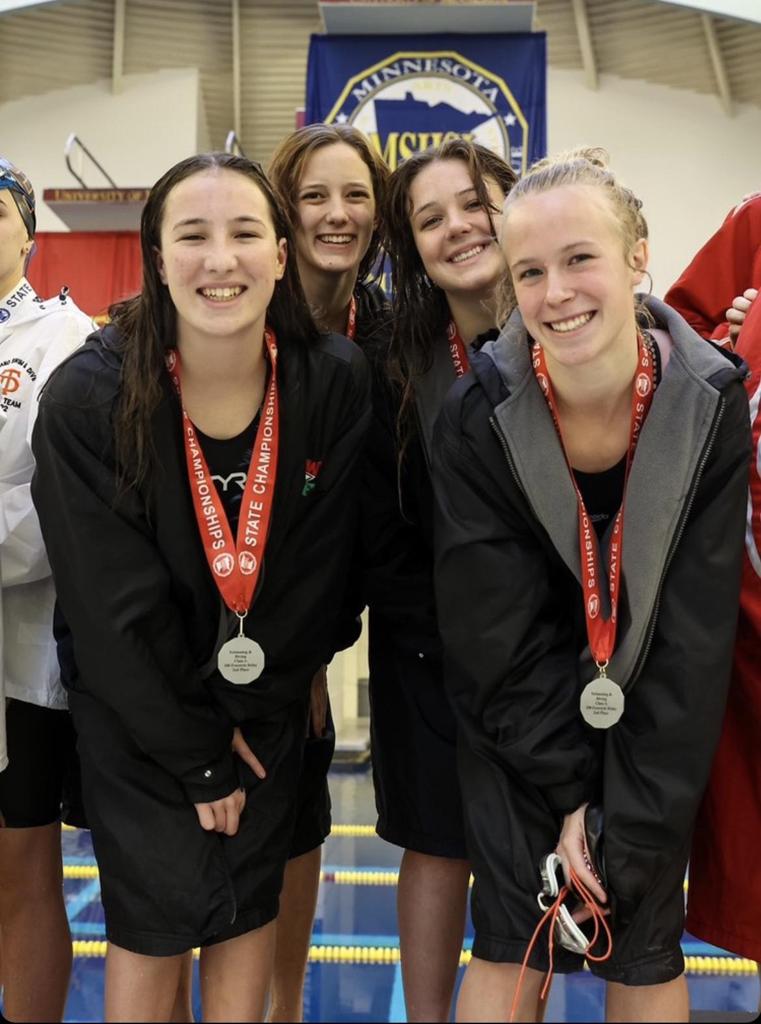 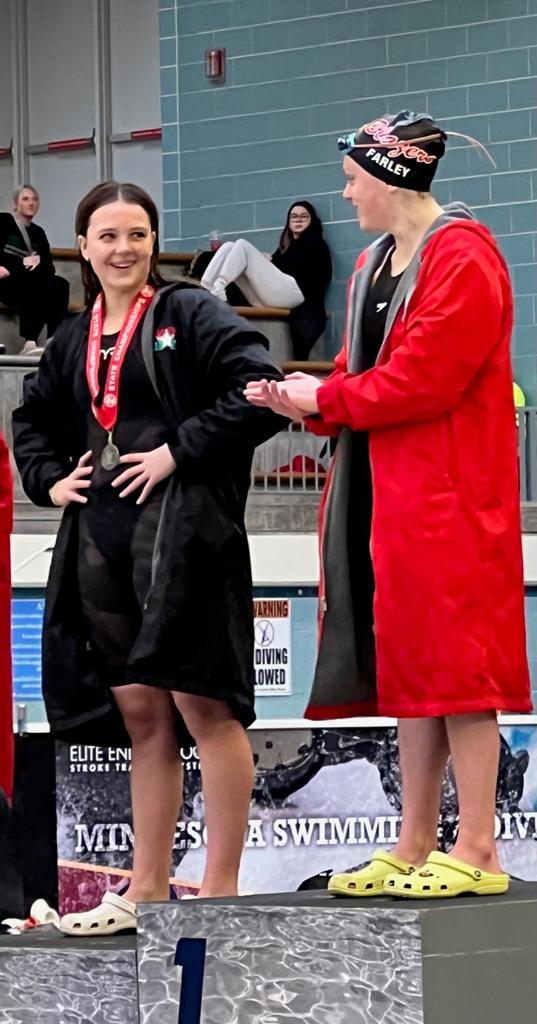 Catherine Dueck earned second place in the 200 IM at state