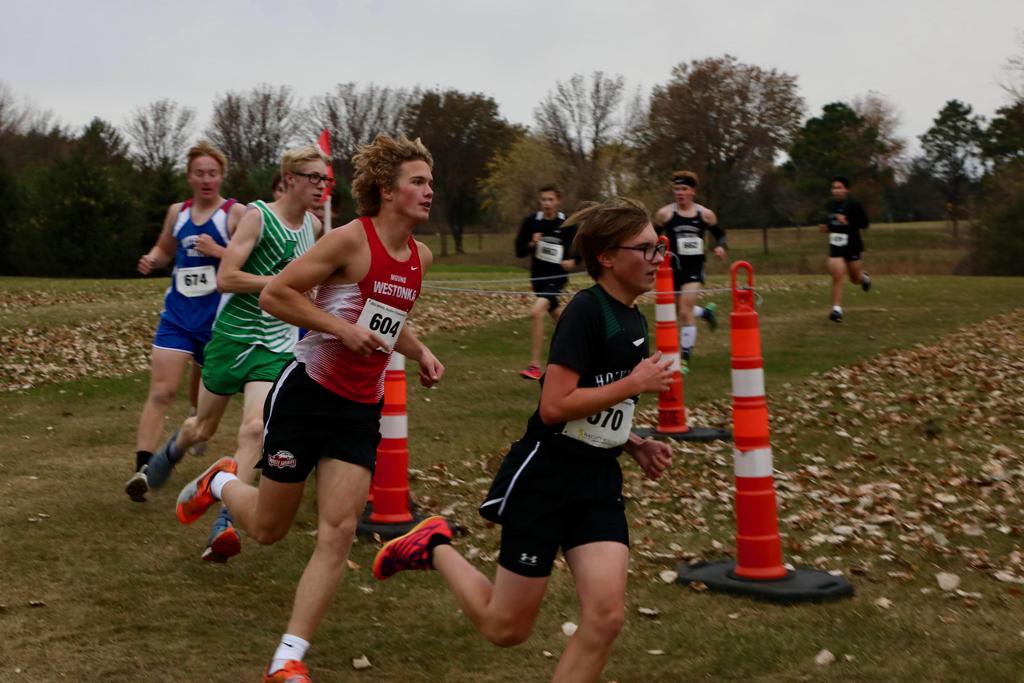 Ethan Garlock wrapped up his senior season at the Section 6AA meet. 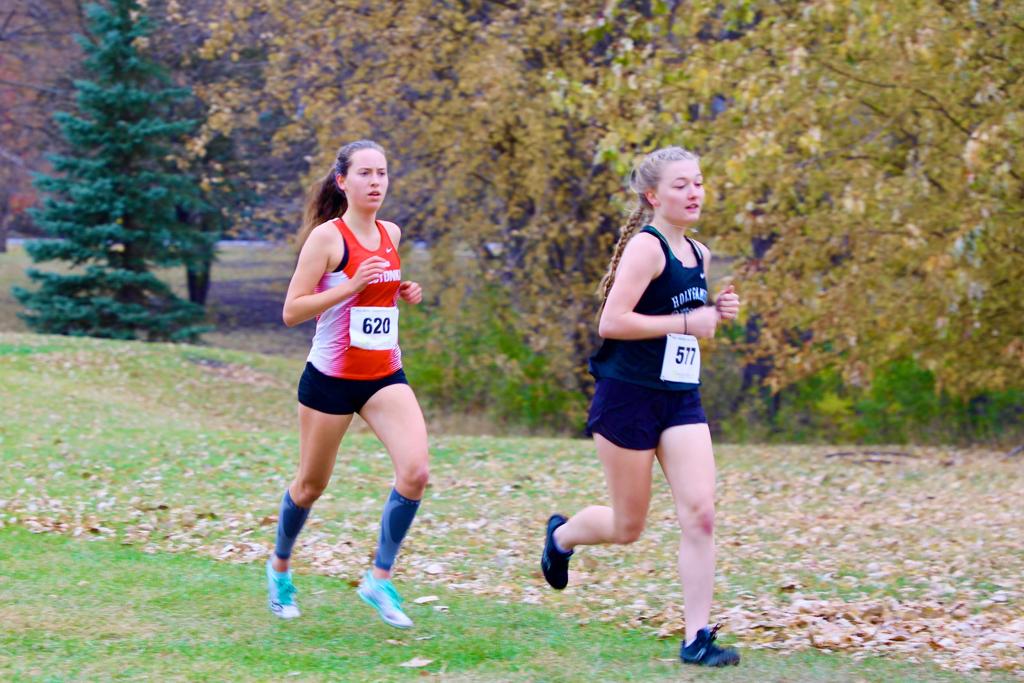 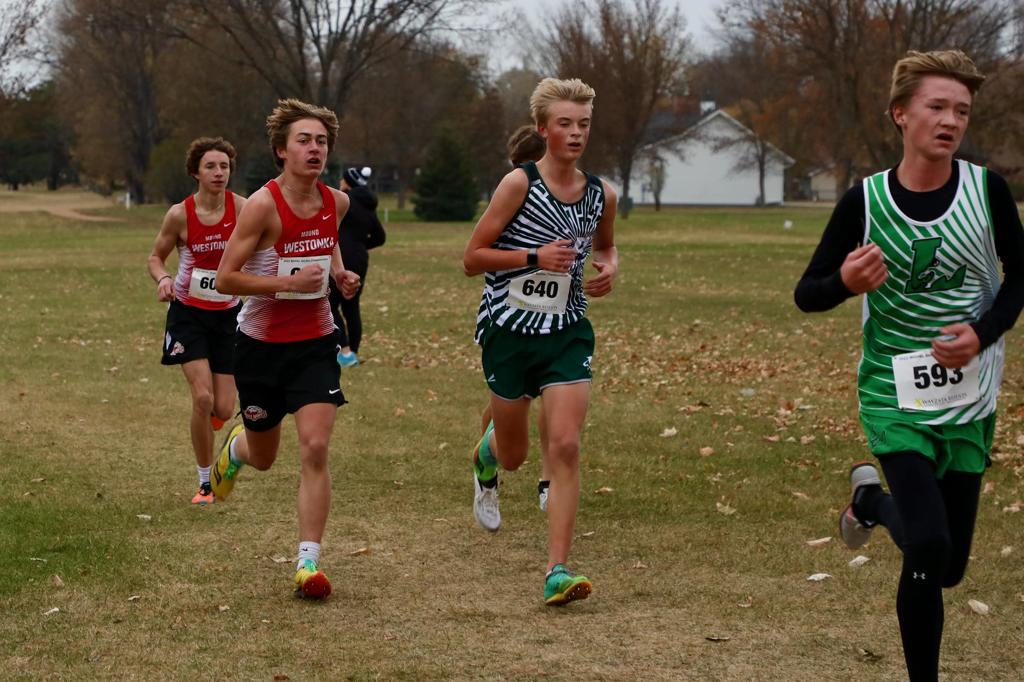 Senior Jacob Trost ran a 17:41 in the boys varsity race.

The Section 6AA cross country meet was held at Litchfield Golf Club on October 27. The meet started with a light rain and temperatures in the 50s, but the rain stopped as the meet began.

The Mound Westonka girls team went into the meet knowing they would need to run their best to advance to state for a second year in a row. The competition would be tough, including state ranked Benilde-St. Margaret’s and Annandale. Unfortunately for the White Hawks, it was Delano who ran their best, winning the meet, with Benilde earning second, Annandale placing third and Mound Westonka taking fourth.

Senior Laura Sunnarborg finished her final 5k as a White Hawk with a time of 20:03 to place 16th. Sophomore Audrey Kirscht also cracked the Top 20, placing 19th in 20:23, with ninth-grader Emma Andrev close behind at 20:30. Eighth-grader Sophia Engesser ran a fantastic personal best 20:33, cutting almost 30 seconds off her previous race at Litchfield. Sophomores Mari Engesser and Brooke Garlock finished in 21:35 and 21:56, respectively. Ninth-grader Payton Stover rounded out the White Hawks squad with a 23:40.

The White Hawks boys varsity team also ran into some tough competition. Delano swept the meet, winning the boys race as well, with Orono taking second. Sal Wirth of Annandale, ranked second in the state, won the boys race with an amazing time of 15:26.

Senior Jacob Trost put up a valiant fight, placing 30th in 17:41. Juniors Charlie Paul and Brandon Knock finished the 5k in 18:14 and 18:18, respectively. Next in for the White Hawks were sophomores Andrew Finley (18:29) and Isaac Hayes (18:36). Senior Ethan Garlock wrapped up his White Hawks career with an 18:53, while freshman Luke Sunnarborg ran a 19:01. The Mound Westonka boys team finished ninth overall.

The White Hawks will celebrate a successful season at the Gillespie Center on Monday, November 7.