Mound Westonka volleyball had an exciting week, as they won a game and lost a game in some intense play. 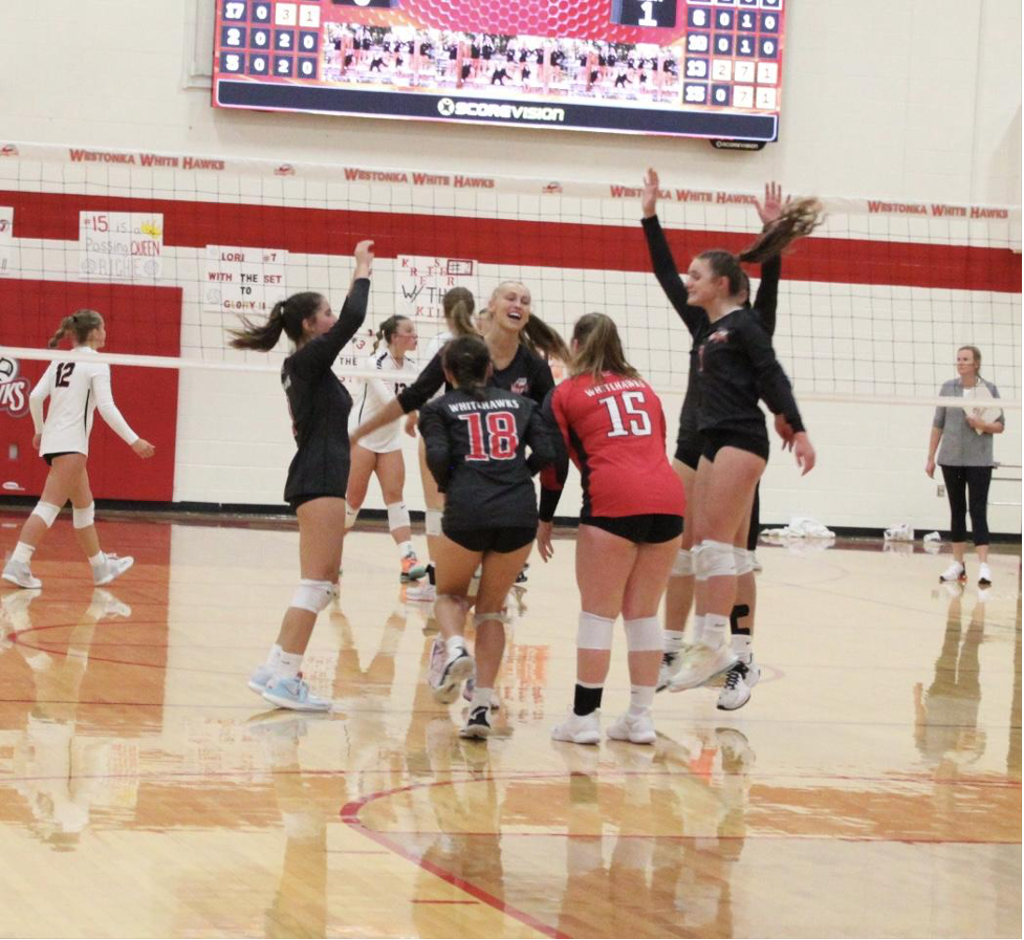 Mound Westonka volleyball had an exciting week, as they won a game and lost a game in some intense play.

Westonka was on the road September 13 for a game in Dassel-Cokato. If you are not familiar with volleyball, you need to know that the teams play the best of five sets, each ending at 25 points; however, you must win by two. The White Hawks had a slow start in the first set and trailed by eight points most of the game, but they never gave up! After a significant amount of back and forth, the Hawks would take the first set 30-28.

The third set was tight right from the beginning, but a huge save by junior defensive specialist Kohral Bomar would turn the tide for the White Hawks to win 25-19. Ninth grader Avery Pearson and junior Kendal Richie both served 100 percent with a combined 21 serves to keep the Chargers engaged.

The offense was led by ninth grader Meaghan Kreiser with 10 kills, and strong support from ninth grader Bridget Budzius, junior Maquinna Peglow and sophomore Taryn Peglow for a combined 23 kills. Volleyball is not won by offense alone. Taryn Peglow and senior Chase Lawrence would block five attempted kills from the Chargers.

The second set would be close right from the start, and would force Delano to take a time out after the White Hawks took the lead 10-9 with a run of aces and kills. Westonka was unable to hold the lead and would fall 18-25 in the second set.

The White Hawks would stay within two points the entire third set and would win 25-22 to force a fourth. The Hawks were unable to keep the momentum and would fall in the fourth 19-25. Several players set new personal records, including sophomore Lori Weltzin, who would produce 14 serves at 100 percent. Budzius had 18 digs, nine kills and five aces. Ninth grader Maria Neumann was a standout in the front row with six kills and three blocks.