Week 5 was always going to be a tough one for the MWHS girls soccer team. 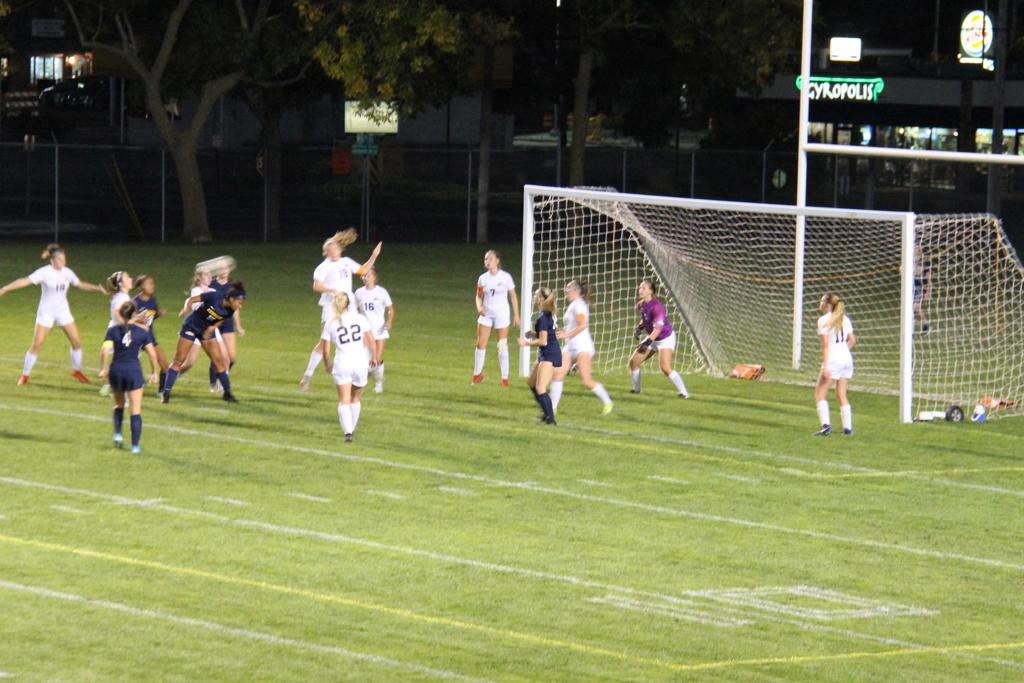 Week 5 was always going to be a tough one for the Mound Westonka High School girls soccer team. After a storm forced a reschedule the week became even more crowded. The team ended up playing five games in seven days between September 21 and September 28.  The competition included some perennially tough opponents and some new teams with winning records.

The first opponent on September 21 was Mayer Lutheran in Mayer.  The White Hawks had all the possession and looked to score many goals, but a couple of defensive slips allowed Mayer Lutheran to stick around all the way through overtime. Junior Annika Hoisington combined with junior Audrey Courtney-Bernal for Westonka’s first goal. Junior Alicia Hatlestad scored twice to wrap up the game, including the game winner in overtime.

On Wednesday the rescheduled Delano game finally took place at Haddorff field at MWHS. Within just 23 seconds, the White Hawks scored the opening goal of the game when junior Taylor Dallman slotted home after assists from senior Libby McCue and Hatlestad.  However, that was to be MWHS's only goal of the game, and Delano scored five unanswered goals to pull away as deserving winners.

Next up on Thursday was a visit by local neighbors Watertown-Mayer. With three games in three days, the home team was looking a bit ragged, and the result was similar to the Delano game. The White Hawks got one goal from Hatlestad with senior Libby McCue providing the assist, but Watertown was the better team on the day and ran away with a 4-1 win.

After a day’s break and a light practice, MWHS traveled to St. Peter. The home team went ahead early on a penalty kick, but the White Hawks looked resilient and goals always seemed to be coming. In the 35th minute, Dallman provided the opening when she slotted home from close range after a long free kick from senior captain Megan Wanner was saved. Just after half-time, Wanner lined up again for a free kick and this time drilled it straight in the net from 40 yards out. The White Hawks sealed the game when senior captain Quinn Jenson held the ball up nicely and fed an inch perfect pass to Hatlestad, who slotted home from 10 yards.

The final game of the week on September 27 was a trip to Bloomington Kennedy.  This was always going to be a very challenging game, however the White Hawks showed how they really are now a very capable team and held the score to a tie until the 70th minute. In the last 10 minutes, Kennedy moved ahead with two goals to seal a victory. Hatlestad continued her great run of form with two more goals in the contest, and Quinn Jenson added the third goal, again from a perfect free kick pass by Wanner. The game ball in this contest went to junior goalkeeper Ashlee Johnson, who put in a fantastic performance between the pipes to keep the game close right up until the very end.

Five games in seven days yielded two wins and three losses,  but the last game against Bloomington Kennedy showed how much the White Hawks are improving and will help build the team’s confidence that they can hang with anyone come the Section playoffs in a couple of weeks.