“All of the coaches are very excited as the depth of talent in the program is incredibly deep.  Both Varsity and JV are full of very talented players which made tryouts extremely challenging for the coaches.  This depth has created an environment in which practices for both squads will become even more competitive throughout the year to earn playing time for the varsity field.  There is also a sense of familiarity with each other as the majority of the Varsity and JV have been playing together in the club system for many years.”

Joining Coach Lerfald on the sidelines is Coach AnneMarie Umland, who is in her third year as the assistant varsity coach.  Last year, Coach Umland was recognized as the Section 6AA Assistant Coach of the Year.  MWHS graduate Coach Sarah Challgren returns as the C Squad coach for her second year.  Coach Fernando Gaitan-Gaitan is the new member of the group and takes the JV squad, but comes with years of coaching experience at the high school level.

The coaches' optimism for the season seems justified based on the exciting performance put in for the first game against Waseca on Thursday, August 26.  Bad rain through the afternoon threatened the fixture from taking place at all, but a dry break in the clouds allowed the game to begin just a few minutes late.

The game was very tight at first with very few clear chances.  The White Hawks first opening came when juniors Alaina Mather and Taylor Dallman connected on a long pass, with Dallman continuing on to produce a strong shot that was parried by the Waseca goalie for a corner kick.  Senior captain Quinn Jenson took the corner kick and dropped it perfectly into fellow senior captain Megan Wanner for a headed shot and the game’s first goal.

Waseca tied the game 5 minutes before halftime when confusion across the Mound Westonka back line led to a breakway and an uncontested shot on goal.  The half ended with a flurry of White Hawk chances to regain the lead.  Notably, MWHS junior Alicia Hatlestad ripped a shot off the post, while Wanner shot from 25 yards out and was tipped just over the cross bar.

Waseca took the lead right at the start of the second after some defensive confusion when the White Hawks failed to clear the ball out of the box, leaving Waseca with an easy tap in.

The second Waseca goal really lit a fire under the MWHS girls and they played on the front foot for the rest of the game.  Another Quinn Jenson corner kick leveled the game up in the 55th minute.  This time the corner did not need an assist to end up in the goal as it curved directly into the goal without being touched.

Just 3 minutes later the refs stopped play due to lightning, and the game was called in favor of Mound Westonka by virtue of having just taken the lead.

Overall, this was a strong first showing for the White Hawks girls’ team.  The depth of the team is self-evident and chances were created from lots of different areas on the field. 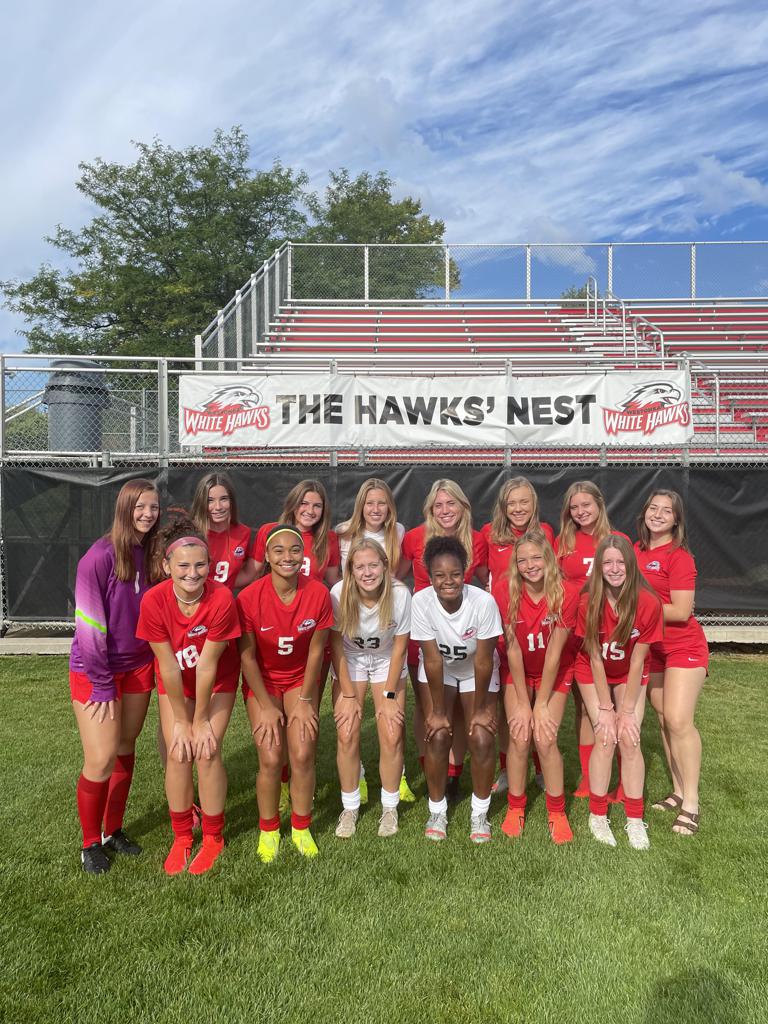