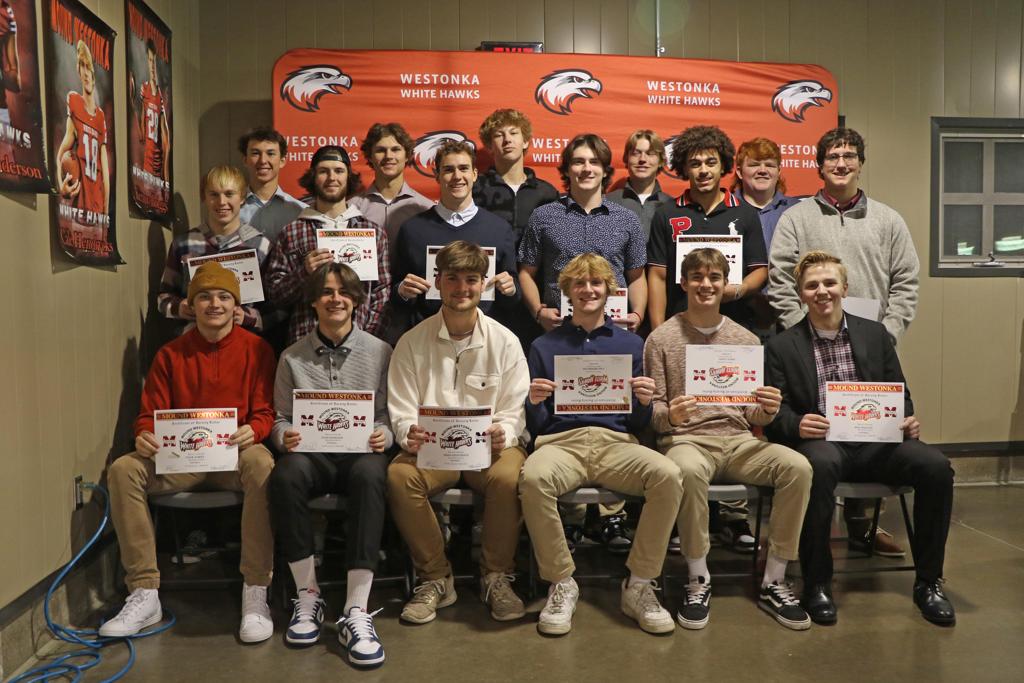 Head coach Nick David opened the banquet by saying, “I am very proud of and thankful to all of the players, coaches, water boys, student managers, cheerleaders, parents, fans, game workers and all the others that helped make the 2022 Mound Westonka White Hawks football season a memorable one.”

The varsity team finished 8-1 this year and won the Twin City Maroon Subdistrict Championship. “It was truly a season to remember with several games that had our fans at the edges of their seats during the entirety of the game,” David said. “The passion and emotion that this team played with was second to none.”

“These coaches did a terrific job of preparing our team for game days and getting our players to understand that there is so much more to football in what it can teach you than just the X’s and O’s,” David said. He also gave special thanks to his wife, Melissa, and the entire “Coaches’ Wives Club.”

In addition to stats recorded under the Friday night lights, the players’ efforts off the field were given equal recognition at the banquet. Individual players were recognized by their coaches for their efforts in practice and in the weight room, for volunteering with the youth football program, and for being positive role models in the community.

Senior Will Wallace was selected to the Individual Class 4A Academic All-State Football Team. He carries a 3.986 cumulative GPA and excelled on the football field this past season.

Among the multiple team awards given out by coaches at the banquet was the White Hawks PRIDE Award. The PRIDE Award is given to the White Hawks Football player who has most exemplified the concept of team, and who, through the behind the scenes dedication, effort, and caring for his teammates, has provided the glue that binds them as one. This player plays with the most Purpose, built strong Relationships, Improved Daily, showed Discipline, and consistently displayed high Effort and Energy throughout the season. This year’s award went to Marc Maas. “It is players like him why guys like me coach the game of football,” said Coach David.

Junior Quarterback Carter Reinbold was chosen as the 2022 MVP, “We couldn’t have asked for much more out of this player this season on the offensive side of the ball as he had a record setting year at Quarterback. He was second on the team in scoring, second on the team in rushing, and first on the team in passing putting up just some absolute gaudy stats every week. He was twice nominated for the Star Tribune Offensive Player of the Week. His dual threat capability helped us be able to do some things on offense that we have never been capable of doing in the past,” said Coach David.

The team had 21 seniors who played their final season of White Hawks football this year. This year’s senior class helped win 26 varsity games during their four years and have set a precedent for what is expected out of our White Hawks Football program for years to come!

“I cannot say enough great things about these boys or thank them enough for their contributions these past four years,” David said of the 2022 senior class.

“We will look to these eleven players as well as our newly elected team captains to lead us as we continue on with the process of building a state championship football program here at Mound Westonka,” said David. 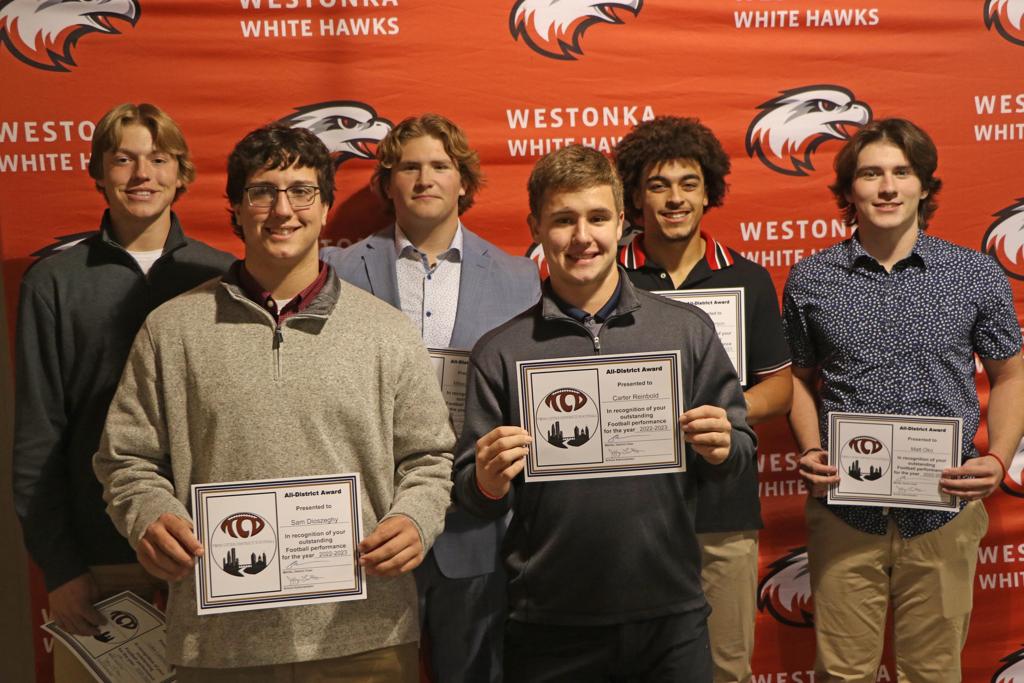 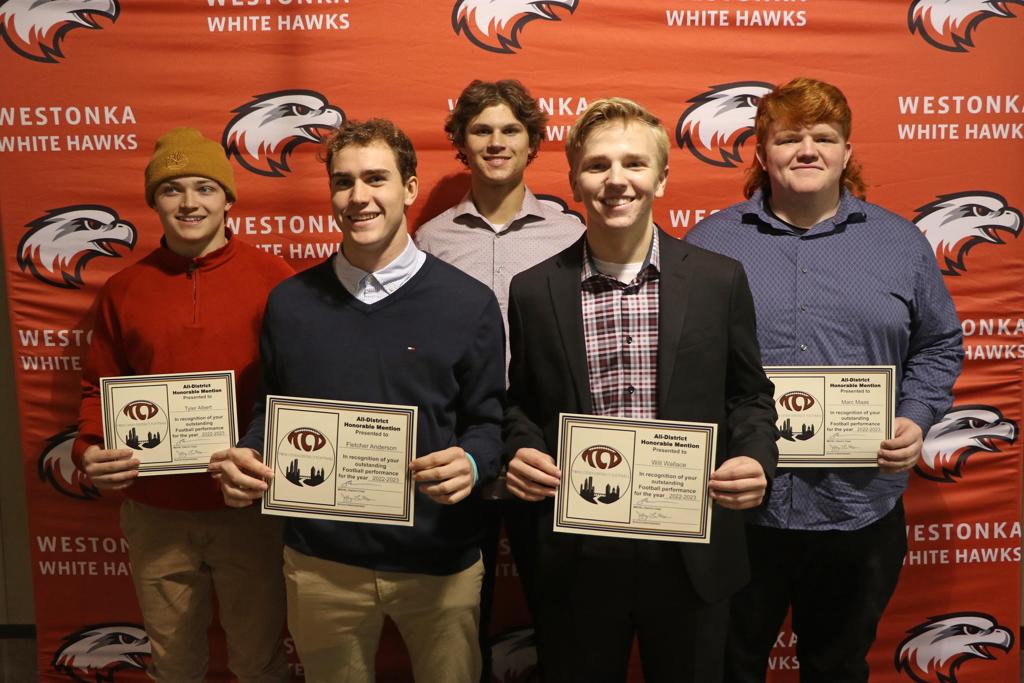