"A three-year starter and team captain, Will is a leader and role model. He is always positive and constantly picks up his teammates. His upbeat personality is contagious, and he makes his team better every day. Will is a great football player but an even better young man and leader."

Wallace will receive an MVT certificate and will also be recognized in a special scoreboard feature during the MSHSL state tournaments. 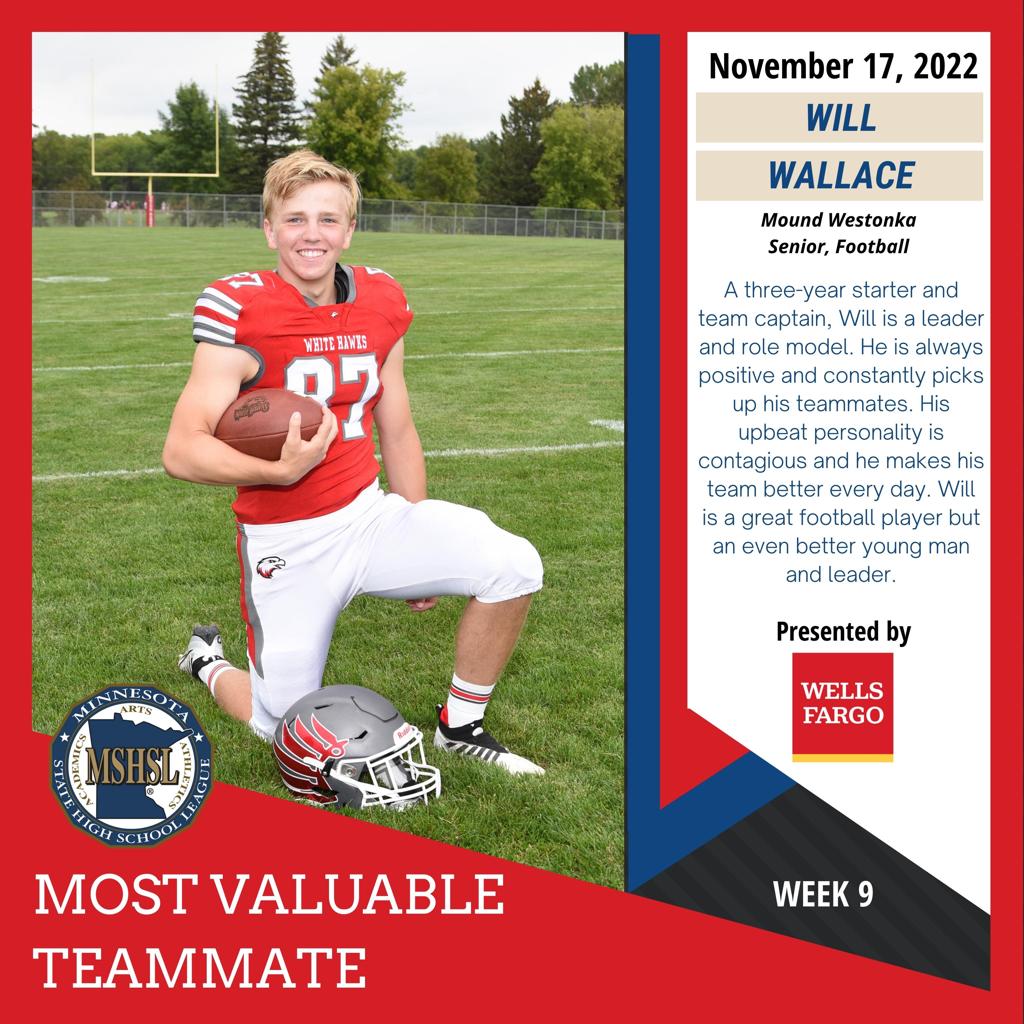