The Mound Westonka Cross Country team celebrated a successful season on November 7 at the Gillespie Center.

The Mound Westonka cross country team celebrated a successful season November 7 at the Gillespie Center. It was an emotional night of reminiscing about the past and looking forward to the future.

Highlighting the night was the distribution of awards by head coach Butch Humbert. These awards were voted on by the team during the last week of the season. Rookie of the Year was the first honor announced. Four runners had such spectacular rookie seasons that each runner was given the title. Junior Christain Jordan, ninth-grader Noah Huesmann, and eighth-graders Anna Reginald and Elise Hays all will have high expectations going into next season.

The next award was the Spirit Award. Sophomore Andrew Finley received the top vote on the boys side, while sophomore Brooke Garlock earned it for the girls. Garlock’s spirit was shared at the banquet with a fabulous video she created to end the night, showcasing the team’s season.

Coach Humbert also highlighted the Heartbeat of the Team Award, which was selected by the captains in September. Junior Cassie Nemecek and sophomore Andrew Finley were celebrated during the Homecoming Pepfest.

The Danny D Award is named after a runner from the cross country movie McFarland, USA. Freshman Luke Sunnarborg received the award this year, thanks to his hard working nature and the improvement he showed each week.

The last award voted on by the team was the Practice Player of the Year/Hardest Worker Award. Leading the team votes were senior Ethan Garlock, sophomore Mari Engesser, and ninth-grader Emma Andrev.  Senior Laura Sunnarborg received this award as well, for the fifth time in her career.

Runner of the Year was the final award given for the evening. Senior Jacob Trost easily claimed this honor for the boys, after leading the team in every race he ran. Trost completed his Mound Westonka career with two All-Conference titles.

Senior Laura Sunnarborg earned Runner of the Year for the sixth straight year for the girls. Runner of the Year awards date back to 1993 at Mound Westonka, with one other runner sharing the accomplishment, Julia Harrison, 2005-1010. Sunnarborg earned All-Conference for all six years, including two years as Conference Champion. She qualified for state three times, earning Academic All-State once. Sunnarborg shared a speech thanking her coaches and teammates for her many wonderful times with the team. She plans to continue her running career in college.

The White Hawks ran in nine meets this season, with the varsity girls winning five of them and earning second through fourth in the others. They were ranked as high as seventh in state AA, bouncing around until being knocked out of contention at a tough section meet.

Leadership from this year’s senior captains - Ethan Garlock, Laura Sunnarborg and Jacob Trost - will be sadly missed. Next year’s team will benefit however from veteran captains Brooke Garlock, Audrey Kirscht and Charlie Paul.

Congratulations to the White Hawks on a fantastic season! 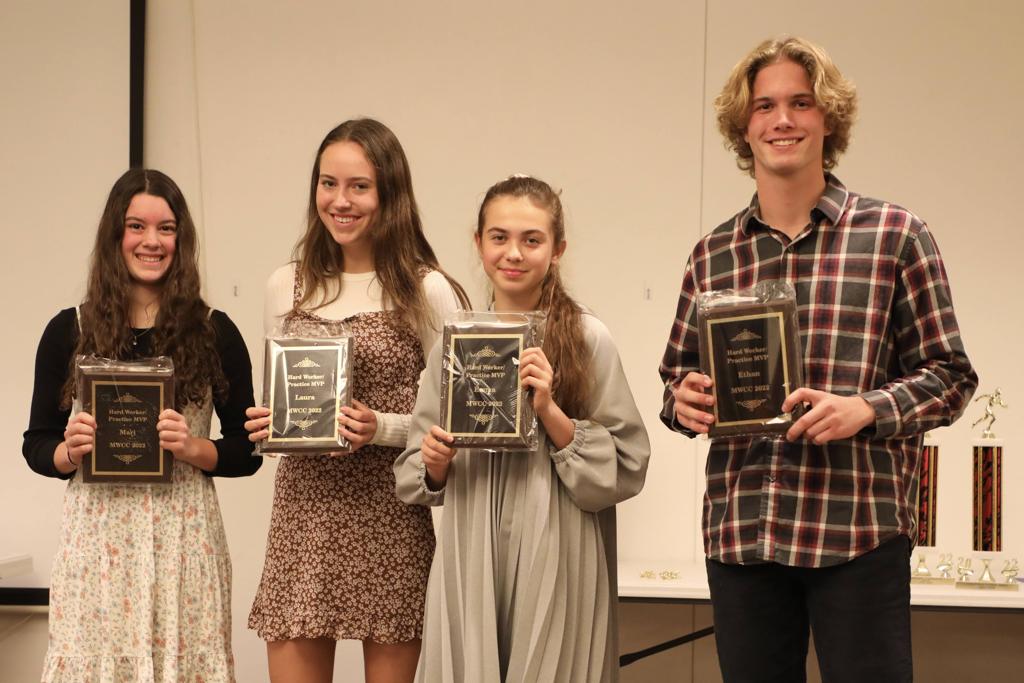 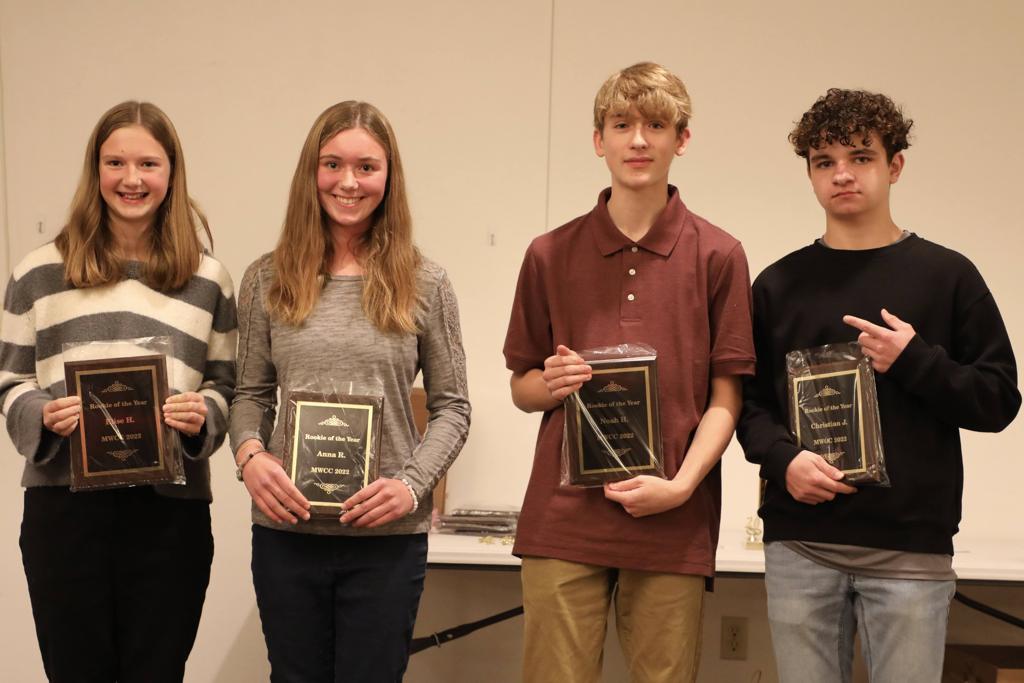 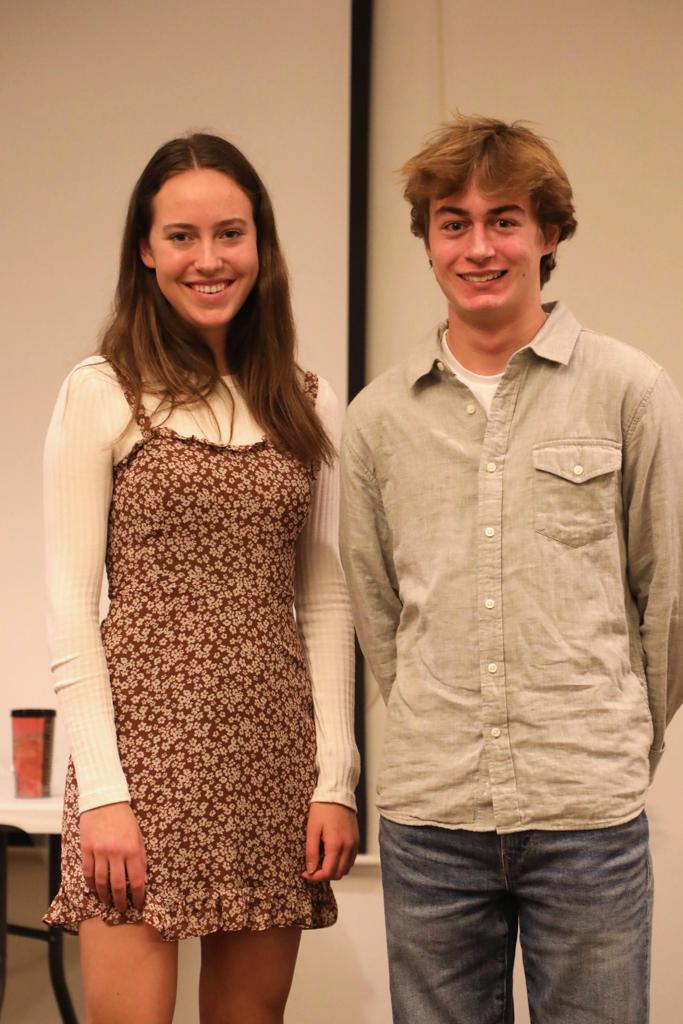 Runners of the Year - Laura Sunnarborg and Jacob Trost 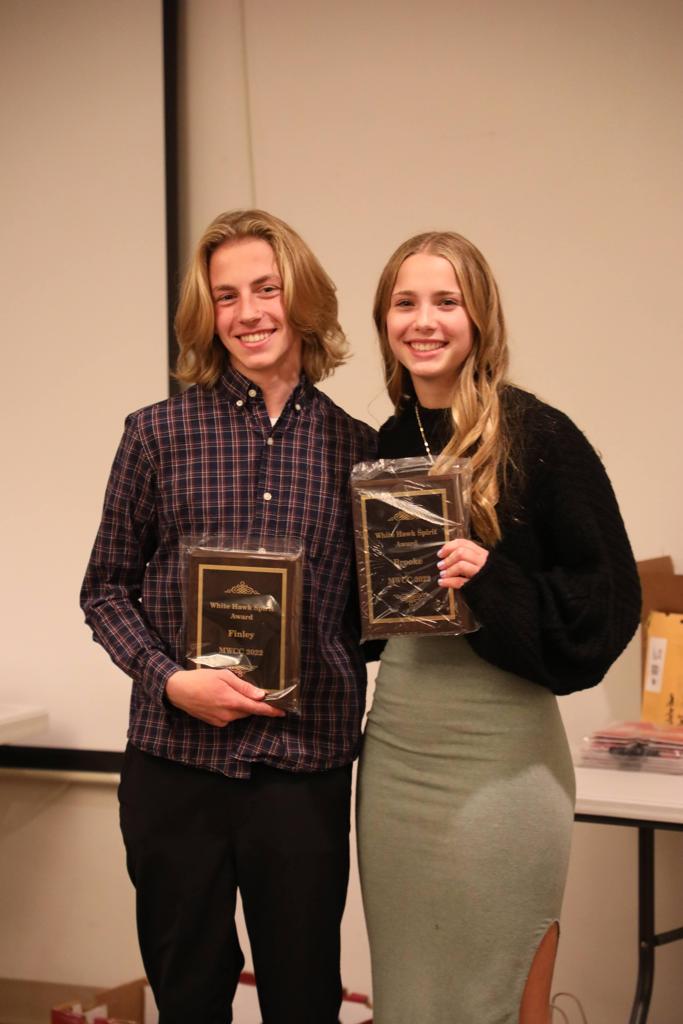 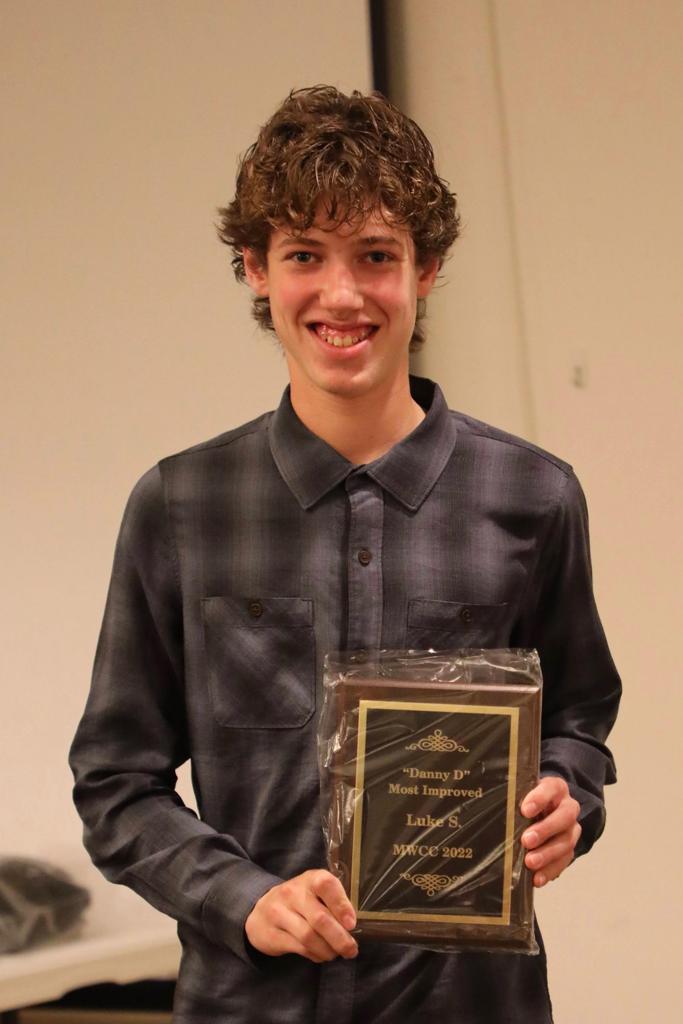