Mound Westonka's volleyball season ended October 26 with a loss in the first round of playoffs to Holy Angels. 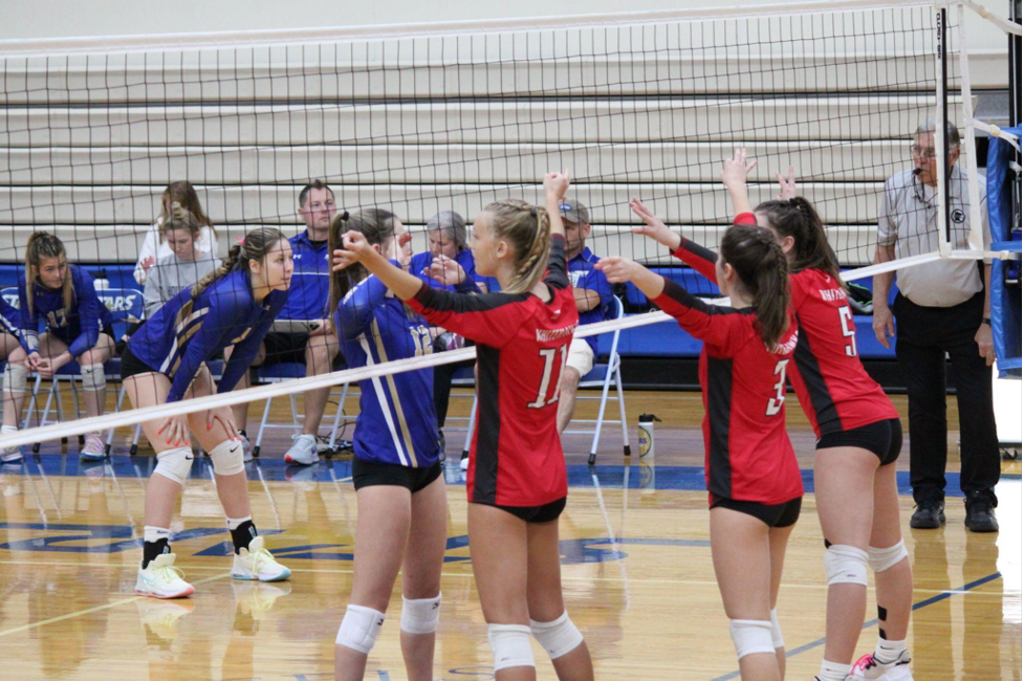 Mound Westonka's volleyball season ended October 26 with a loss in the first round of playoffs to Holy Angels. Holy Angels received home court advantage with the No. 3 seed. The White Hawks were seeded sixth.

Serving was strong and steady with ninth-graders Meaghan Kreiser and Avery Pearson each serving at 100 percent. Ninth-grader Bridget Budzius led the team in aces with three, followed by senior Chase Lawrence and sophomore Lori Weltzin.

Holy Angels is known for their strong blocking, and it was definitely on display Wednesday night. The White Hawks were able to find a hole coming from the right side, resulting in ninth-grader Maria Neumann having her best game of the season with eight kills. Junior Maquinna Peglow added seven kills of her own from the right side. Quick thinking and fast sets helped the middles Lawrence and sophomore Taryn Peglow have three kills each.

Pressure was on in the back row with strong hits coming from the Angels all night. Junior libero Kendal Richie had 11 digs and seven assists to keep the ball in play. Junior defensive specialist Kohral Bomar-Reese had several key saves, keeping the Hawks alive. Ultimately, Mound Westonka would lose in straight sets, 21-24, 12-25, 19-25.

Mound Westonka volleyball finished the season with 14 wins and 13 losses. Lawrence (middle blocker) is recognized for her contributions this season with 22 aces, 78 kills and 33 blocks.