The White Hawks girls tennis team played the first round of section matches Oct. 4 against Chanhassen and lost 2-5. 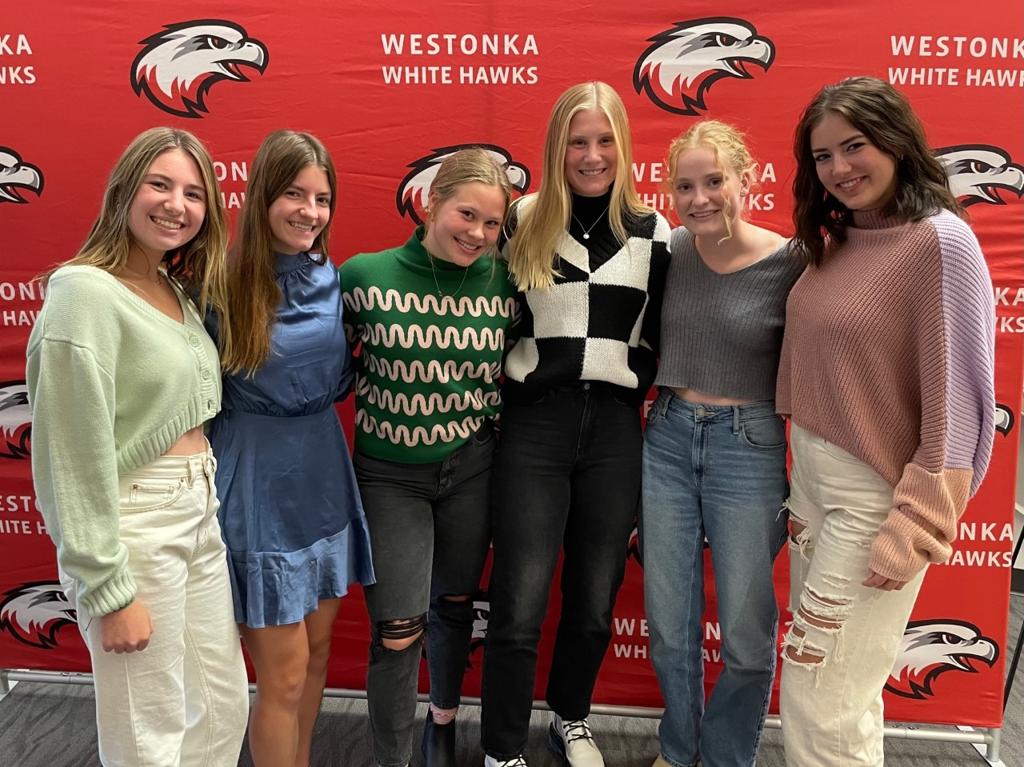 On Oct. 14, six varsity players traveled to Gustavus Adolphus College in St. Peter for individual section play. Singles players included Paul and Velander. Doubles teams included senior captains Sara Funderburk and Sydney Leonard, along with senior captain Ellen Pruitt and senior Savanna Newell. Each flight won their first-round matches – a first in the history of the Westonka girls tennis team! Paul continued to win her second round but was upset in the third round. Overall, the girls had a phenomenal day of matches.

The Westonka girls varsity, junior varsity and JV-B tennis teams concluded their season with an annual banquet on Oct. 17 at the Westonka Performing Arts Center. In celebration of the season, a variety of awards were presented to the girls that evening. Most Improved Player went to senior captain Sara Funderburk (varsity), ninth-grader Emily Hallett (JV) and senior Gretta Pioske (JV-B). Paul received the Ms. Competitor Award. Rookie of the Year went to freshman Suzie Marth. Velander won the Comeback Player Award. Ms. Hustle Award went to Pruitt. Sophomore Reese Kasper was voted by the team as the Most Valuable Player.

The following seniors were awarded the Gold Team Award for Individual Academic All-State with a 3.5 GPA or higher: Funderburk, Leonard, Newell and Pruitt.

Wright County Conference honors were also awarded at the banquet with Funderburk, Leonard and Paul receiving All-Conference, while Velander and Pruitt were both were recognized as All-Conference Honorable Mention.

Coach Blando commented, “The girls showed tremendous improvement with their skills and strategy all while having fun on the court.”

"We don't have high caliber teams like this one without dedication from the girls and support from their families," said coach Reinbold.

Coach Paul stated, "We're extremely proud of our girls this season - and the accomplishments of our entire program. We're already talking about the off-season and looking forward to next year!"