The White Hawks volleyball team opened this week's games on the road in Rockford, and it wasn’t only the gym that was hot! 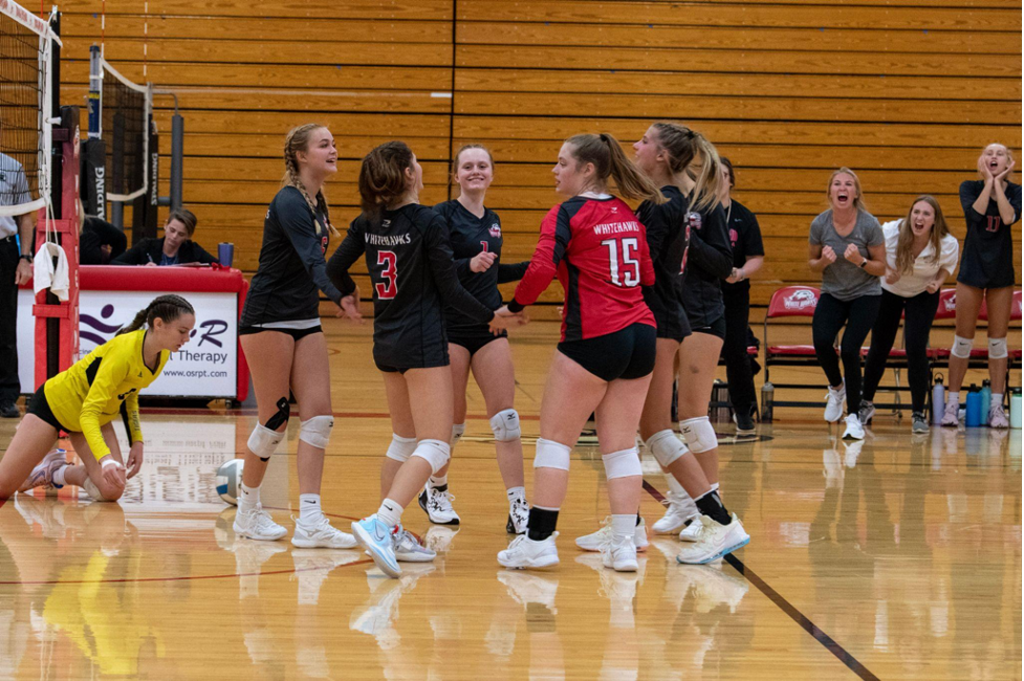 The White Hawks volleyball team opened this week's games on the road in Rockford, and it wasn’t only the gym that was hot! The temperature on September 20 broke a record at 91 degrees, and junior Annika Weir kept the pressure on serving at 92 percent with three aces. Ninth-grader Avery Pearson served 90 percent with 21 serve attempts.

Sophomore Taryn Peglow led the front row with five kills and four blocks to stop the ball from getting past the net. When the Rockets were trying to get around Peglow, they were met with a combined 26 kills from ninth-graders Meaghan Kreiser and Bridget Budzius and junior Maquinna Peglow. Senior Chase Lawrence and Maquinna Peglow would close any openings with four additional blocks. The back row didn’t want to be left out, so junior Kendal Richie and Budzius would keep the ball in play with 24 digs.

Defense was the name of the game with the Hawks digging out 77 balls. Richie (libero) would lead the defense with 25 digs, while Budzius would be close behind with 24. Pearson and junior Kohral Bomar-Reese would round out the defense with 18 and 10 digs, respectively.

Games can’t be won without getting points on the board, and Kreiser would dominate the front row with 15 kills, followed by Budzius with an additional 11, and six by Maquinna Peglow. Lawrence, Taryn Peglow,and Kreiser would bring the defense to the front row with eight combined blocks. An exciting match would end with the following scores: 23-25, 25-18, 23-25, 25-23, 16-18.