Mound Westonka girls soccer chalked up the full range of results last week, with one win, one tie and one loss. 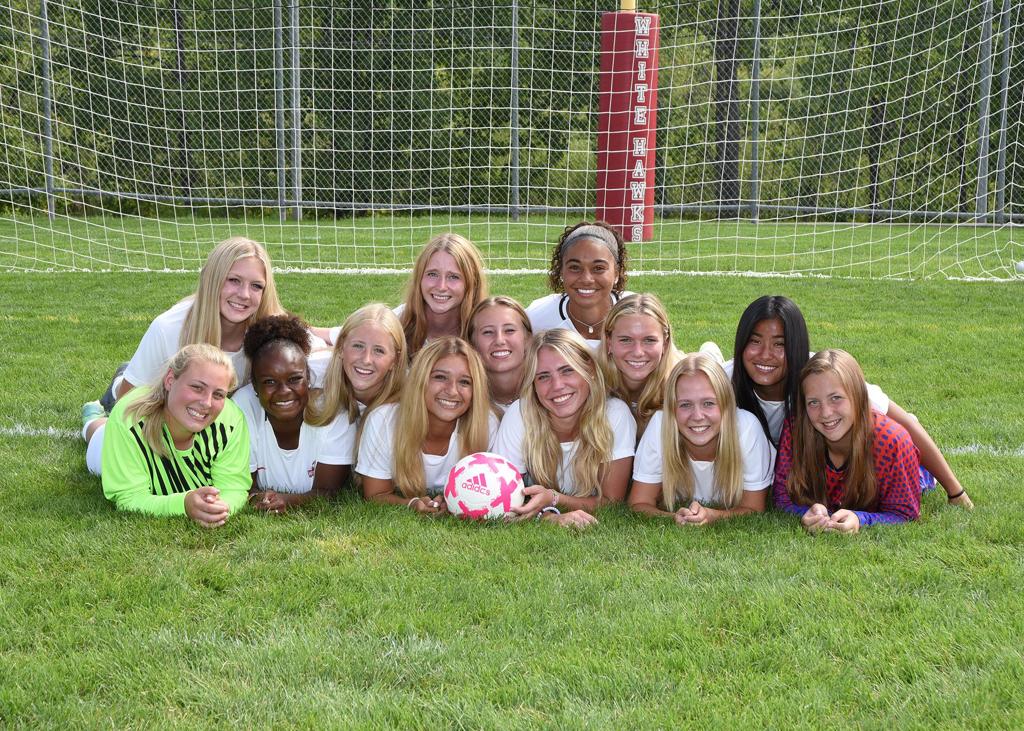 Mound Westonka girls soccer chalked up the full range of results last week, with one win, one tie and one loss.

The loss came first with a visit to Southwest Christian School in Chaska on September 13. SWC is one of the top teams in the conference, but Westonka started brightly and looked like they might take the lead early on. Senior Taylor Dallman rocketed a great one-time shot from a cross from senior captain Alicia Hatlestad, but the shot was just too close to the SWC goalie.

After 30 minutes of very even play, the wheels fell off the Mound Westonka bus for the last 10 minutes of the first half. First, an avoidable handball in the box cost the White Hawks a penalty kick, which SWC calmly converted. Next, several soft challenges led to a free shot, which was also converted; and finally, a mixup between the Westonka defense and goalkeeper led to a third. After that, the White Hawks played well in the second half but could not claw any goals back and left with a frustrating 0-3 loss.

The next game was two days later on Thursday night against Jordan and was the Senior Night celebration for Mound Westonka's graduating class of 13 senior players. The game started favorably for the White Hawks, and they earned a goal at the 20-minute mark when junior captain Natalie Miner converted a penalty kick after Hatlestad was brought down. Hatlestad almost added to the total right at half time when a strong shot bounced off the post.

In the second half, Westonka created many great chances but failed to convert any of them. In the end, Jordan spoiled the party by converting one of their few chances, leaving the final score at 1-1.

The last game of the week at New Ulm on September 17 finally produced a win for the White Hawks. The first half was a balanced affair, as the two teams traded goals. Hatlestad scored first on a pass from Dallman. New Ulm equalized immediately afterwards; but right after that, Hatlestad sent in a great cross that senior Audrey Courtney Bernal redirected home. A further goal from New Ulm tied it up again, but as half time loomed Westonka finally took the lead for good. Senior Jordyn LaRue sent an inch perfect long ball through the middle to Hatlestad, who then wound her way through a couple of defenders and slotted home past the New Ulm goalie.

The second half became a bit of a thrashing, as Westonka added four unanswered goals. Early in the half, Miner converted her third penalty in a row on the season. Shortly after that, Hatlestad completed her hat trick with a third goal after an assist from LaRue and junior Ava Sylvester. Junior Elizabeth Eberhart also slotted home a penalty kick after being brought down in the penalty box. Senior captain Alaina Mather rounded out the scoring with a 40+ yard volley that sailed over the goalie’s outstretched hands.

The final score of 7-2 in favor of the White Hawks left the team with a record of four wins, two losses and one tie on the season.