It was a busy week in the pool for the Mound Westonka/Holy Family (MWHF) girls swim and dive team, which hosted Orono on September 13 and visited Watertown-Mayer on September 15.

It was a busy week in the pool for the Mound Westonka/Holy Family (MWHF) girls swim and dive team, which hosted Orono on September 13 and visited Watertown-Mayer on September 15, ending the week with a defeat to Orono and a win against Watertown.

It was a close meet against Orono with MWHF coming up short in the end in large part due to strong relay line-ups for the Spartans, which earned them two of the three top spots in the high point-earning races. MWHF won the 200 medley relay, featuring senior Kristin Collins, senior captain Kate Johnston, sophomore Camille Ness and junior Catherine Ducek, and the 200 Free relay, featuring sophomore Grace Warden, senior Jaylyn Storm, Johnston and Dueck, with Orono placing second and third. Orono took the top spot in the 400 freestyle relay along with third place. MWHF sophomore Annemarie Johnson, Ness, Warden and Storm placed second.

MWHF’s Warden took second in the 200 freestyle with Johnson taking third. Dueck led the pack in the 200 individual medley. Storm was tops in both the 50 and 100 freestyle sprint races with impressive early season times. She will be one to watch for individual state tournament qualifying times as the season progresses.

Orono pulled away in the 100 butterfly, with Warden edging her way to a third-place finish for MWHF. The 500 freestyle was a close race, with Johnson finishing third behind Orono. Dueck won the 100 backstroke handily, as did teammate Johnson in the 100 breaststroke. Both Dueck and Johnson are also on pace to state tournament qualifying times.

The team rallied on Thursday with an impressive win over Watertown-Mayer. Coach Ben Hanson leveraged the team’s depth in his relay line-ups, earning the top three spots in each race. Ness, ninth grader Amelia Olson, Storm and Johnson won the 200 freestyle medley relay, with Collins, Ness, Warden and Johnston winning the 200 freestyle relay and Warden, Johnson, Collins and eighth grader Chella Patterson taking the top spot in the 400 freestyle relay.

There was no diving event in Watertown-Mayer.

Next meet is at Mound Westonka on Thursday, September 22 vs. Delano. 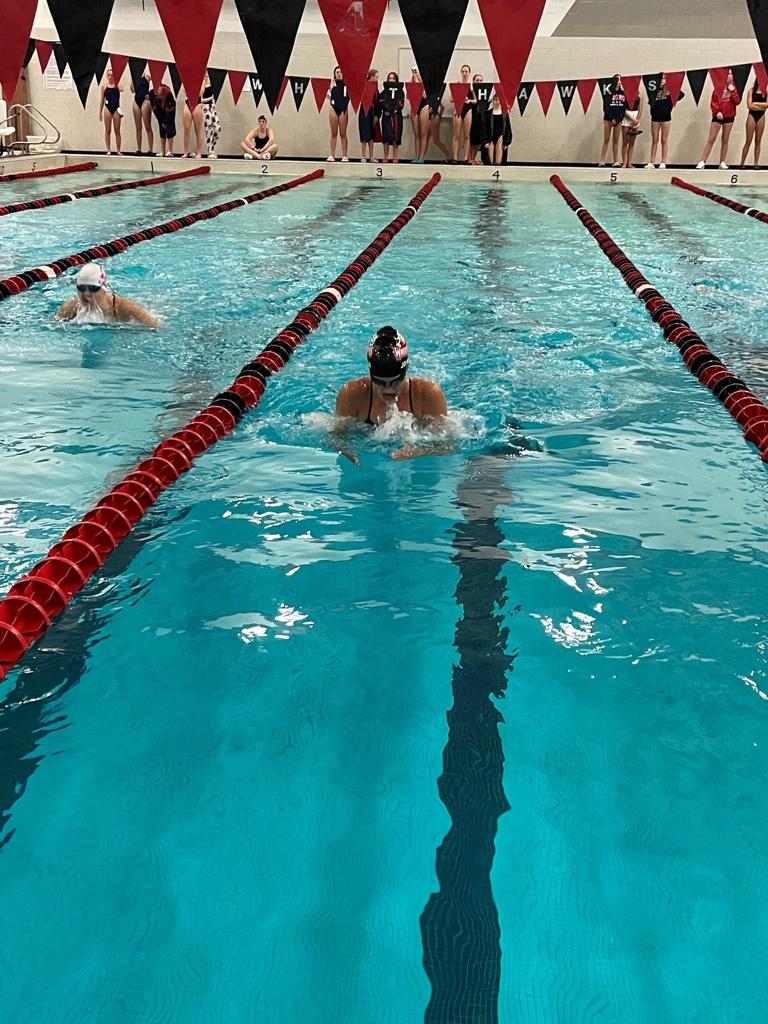