The Mound Westonka offense has been the catalyst of the 2022 football season, but it’s the unsung defense that has catapulted the White Hawks to a 3-0 start. 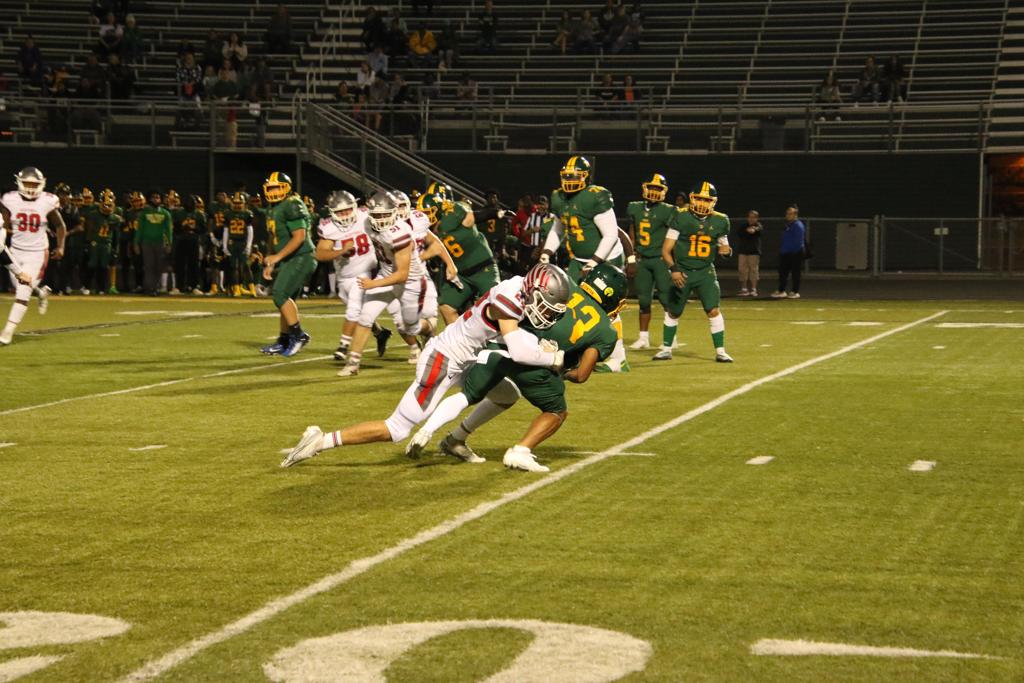 The Mound Westonka offense has been the catalyst of the 2022 football season, but it’s the unsung defense that has catapulted the White Hawks to a 3-0 start, following their 51-13 win at Park Center in a Twin City District football game last Friday night.

The White Hawks allowed only nine yards in the first half, while holding the Pirates to 21 total plays. Senior defensive lineman Matt Oko has had a stellar season leading the team with four tackles-for-loss and two forced fumbles, one of those coming in the second quarter on a jarring hit of Park Center’s quarterback that was recovered by senior linebacker Fletcher Anderson. The Westonka defense was directed by Anderson as he tacked on four tackles, a QB pressure, and had an interception. Junior Drake Woodruff led the team with five total tackles. “We felt that this past Friday night was our best overall defensive team performance this season," said head coach Nick David. "We played very disciplined football, rallied to the ball, and were just locked in all night on everything that Park Center threw at us.”

Senior kicker Ben Neve (6-7 PATs) started the scoring for Westonka early in the first quarter when he connected on a 28-yard FG, his first field goal attempt this year. Quarterback Carter Reinbold (9-12-164 yards, 3TDs) then found Anderson on a 35-yard scoring strike, taking the ‘Hawks to a 10-0 first quarter lead. The junior quarterback, who finished with 47 yards rushing, took matters into his own hands in the second stanza, scoring from one yard out and then scampering in from five yards to extend the lead to 24-0 at halftime.

Mound Westonka has run their way to victory in the three games, averaging 337 yards per game (8.2 yards per carry). Senior running back Tyler Albert (25 carries-149 yards) has been the workhorse rushing for nearly 400 yards already this season. His three-yard touchdown run early in the third quarter made it 31-0. “Tyler has been a workhorse for us the past two season at running back," said David. "Every time he touches the ball he has the ability to make a big play. With that, a lot of his success as well as our run game in general, is due to the outstanding play of our offensive line up front - Luke Rodelius, Sam Dioszeghy, Mikey Oftedahl, Marc Maas, and Connor Esposito.”

Early in the third quarter, Senior WR/DB Luke Leonard found the end zone on a 23-yard catch-and-run, and then nearly found it again on a 50-yard interception that he returned to the Park Center 2-yard line. Albert ran it in from two-yards out giving Westonka a 44-0 lead. Reinbold finished off his night by finding his favorite target, Kade Tappen, on a 15-yard receiving TD. Tappen leads the White Hawks in receptions (12), yards (186), and touchdowns (5).

Meanwhile, the defense has not allowed any points in the first half this season, while accumulating 16 passes defended, 14 tackles-for-loss, 12 sacks, five interceptions, three forced fumbles, and a safety. They have also scored twice on the defensive end. Junior linebacker Jaaron Konkel leads the team with 14 total tackles (8 solo). Oko and sophomore linebacker Ray Beiningen have each tallied 12. Sophomore Beck Jenson leads the team with four sacks and Anderson has two interceptions. Senior Simon James and sophomore Aaron Kroese both have three passes defended.

On the offensive side of the ball, Reinbold has amassed 618 yards of total offense (238 yards rushing, 380 yards passing). Junior RB Jacob Hansberger has carried the ball 20 times for 179 yards for the White Hawks, who are averaging 55 points per game. “We made a lot of changes schematically this off-season on the offensive side of the ball to better fit our personnel," said David. "We are really starting to see it all come together now which has just been a ton of fun.”

Mound Westonka returns home to Haddorff Stadium this Friday night, September 23, at 7 p.m. against DeLaSalle for Homecoming. Homecoming festivities begin at 5 p.m. with the parade (from Hilltop to MWHS), followed by the Homecoming Carnival outside Haddorff Field. 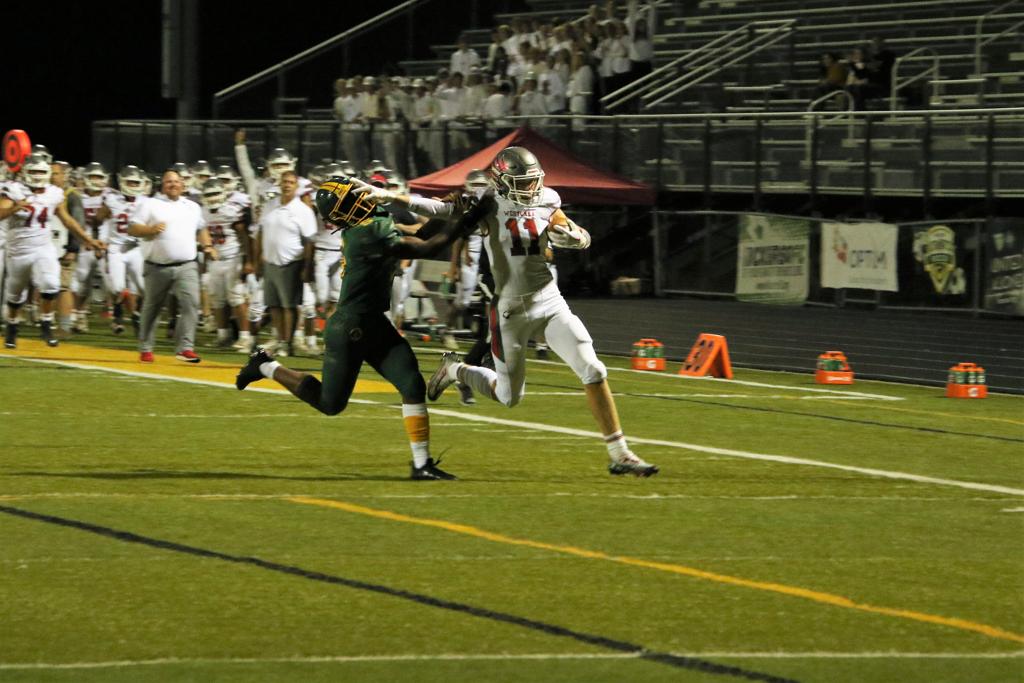 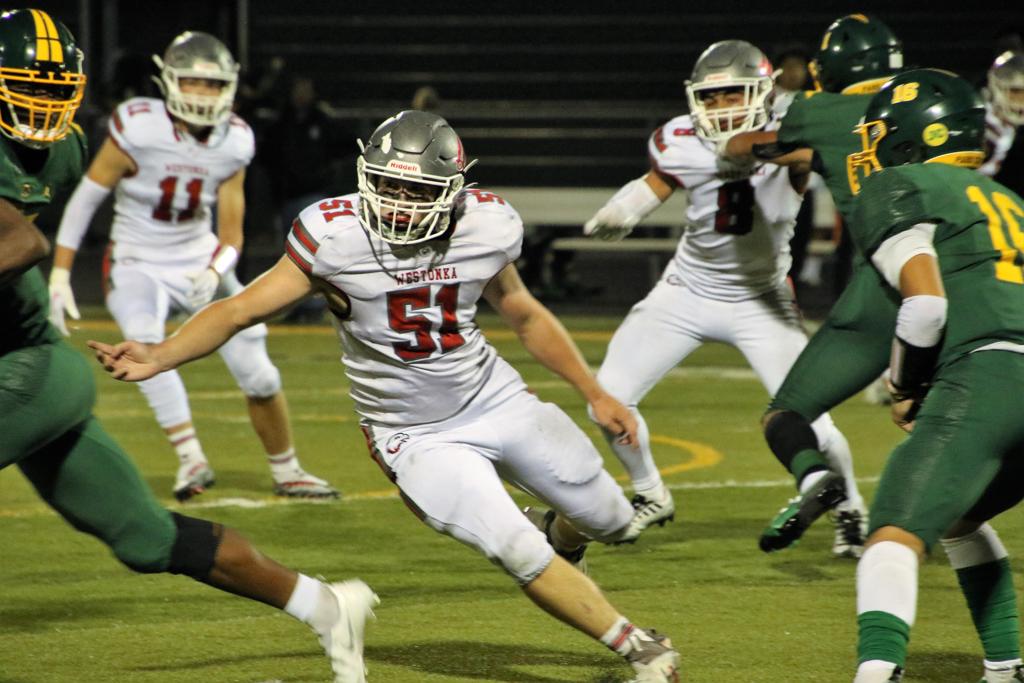