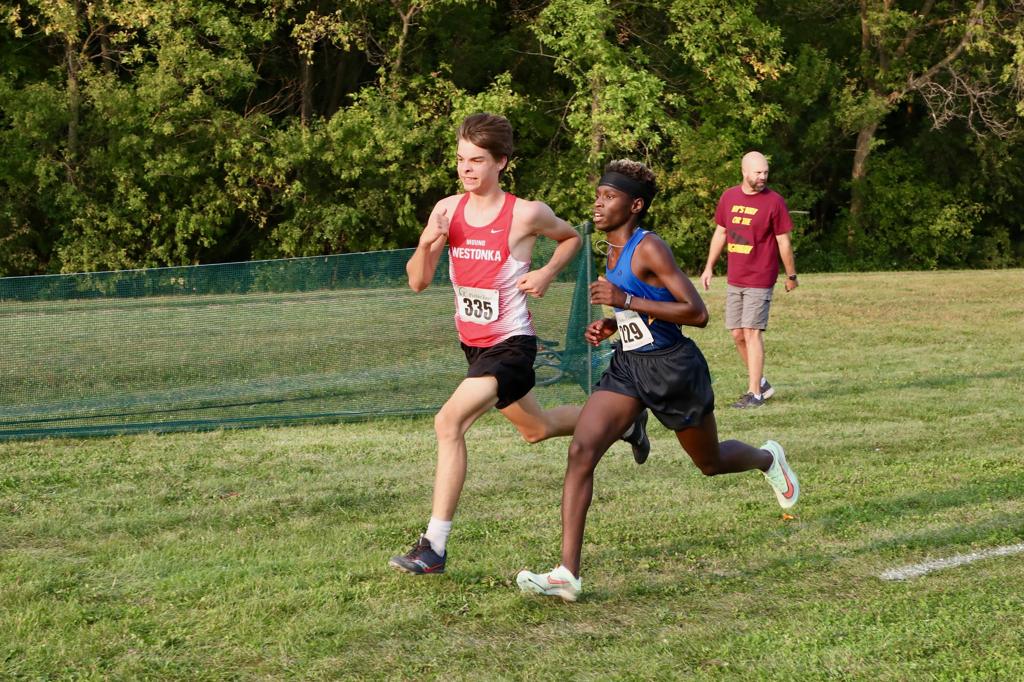 The Mound Westonka cross country team traveled to the Norwood Young America Lions Invitational on September 13. The White Hawks knew the competition would be tough, and they responded with some of their best running of the season.

Twenty-four teams competed in the Invitational at Baylor Regional Park, including state ranked teams for both the boys and girls. Belle Plaine did not disappoint for the boys, winning the varsity, junior varsity and middle school races. Their No. 1-ranked runner in the state, Emmet Gerres, easily won the boys varsity race, finishing almost a minute ahead of the second place runner in 15:30.

On the girls side, state-ranked Mankato West swept all three of their races but not without a fight from the White Hawks. Mound Westonka gave it their all, finishing just one point behind for second, with most of the team clocking season's best times. Making the medal stand in sixth through eighth place were freshman Emma Andrev (20:35), sophomore Audrey Kirscht (20:47) and senior Laura Sunnarborg (20:48). Eighth grader Sophia Engesser finished in 21:28, while sophomore Mari Engesser ran a 21:49. The White Hawks would have won a tiebreaker, thanks to the speed of their sixth and seventh runners, with sophomore Brooke Garlock running a 21:55 and junior Cassie Nemecek finishing in 22:36.

Coach Butch Humbert challenged the varsity boys team to all finish in under 19 minutes, and the boys rose to the occasion. Junior Charlie Paul led the team to sixth place, earning 14th individually in 17:42. Finishers in the 18s included senior Ethan Garlock (18:37), junior Brandon Knock (18:51), and sophomores Andrew Finely (18:55) and Isaac Hays (18:56).

Ninth grader Payton Stover had a great race day, winning the girls junior varsity in 22:48. Behind her were ninth grader Bette Mae Grocan in ninth at 24:01 and sophomore Claire Rashleger in 11th at 24:25. Junior Alissa Brandt finished her first meet of the season in 28:40.

The junior varsity boys placed third, behind Belle Plaine and Mankato West. Sophomore Miles Lund and freshman Luke Sunnarborg placed 10th and 11th, respectively, finishing at 20:03 and 20:07. Coming in next for the White Hawks were ninth graders Gavin Thelen (20:58) and Noah Huesmann (21:10), and junior Christian Jordan (21:53).

Two streaks were broken in the boys middle school race. After three straight second place finishes, eighth grader Owen Trost ran a blazing 5:37 mile to claim first place, and the crowd loved it. On the other side of the coin, the team took second for the first time after almost three years of winning. The boys all ran great races, but Belle Plaine proved too much to beat. Impressive times came from eighth graders Brendan Rashleger (6:05) and August Lang (6:13), along with seventh graders Jacob Chilson (6:10), Gabriel Lundgren (6:14) and Bronx Cupp (6:20), plus sixth grader Rayne Shaffer (6:20).

The White Hawks return to competition on September 27 for the Dassel-Cokato Invitational. 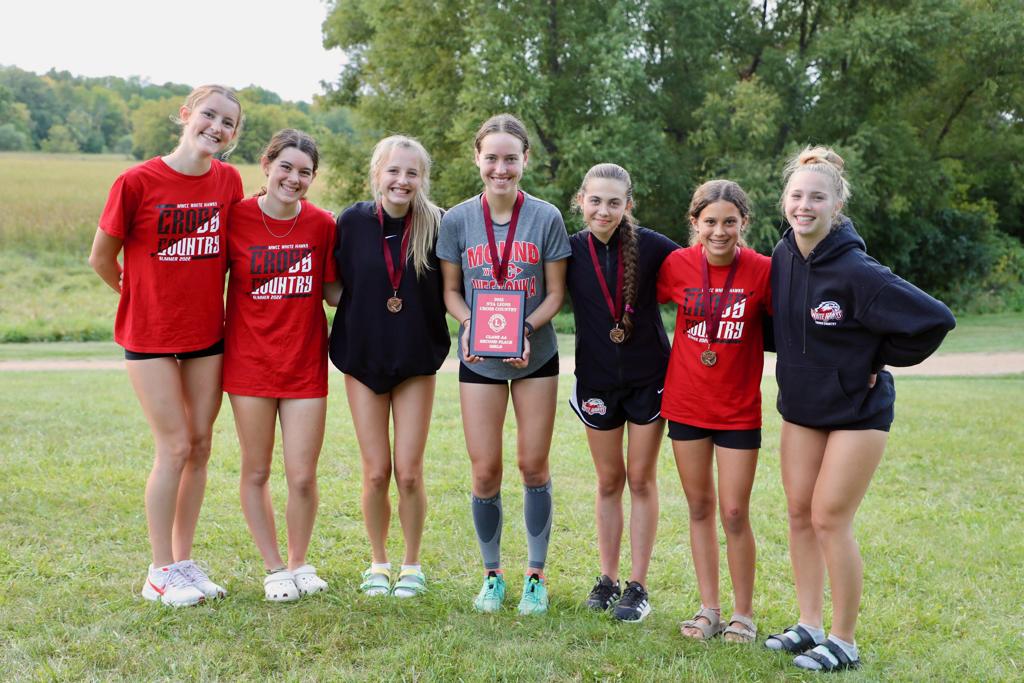 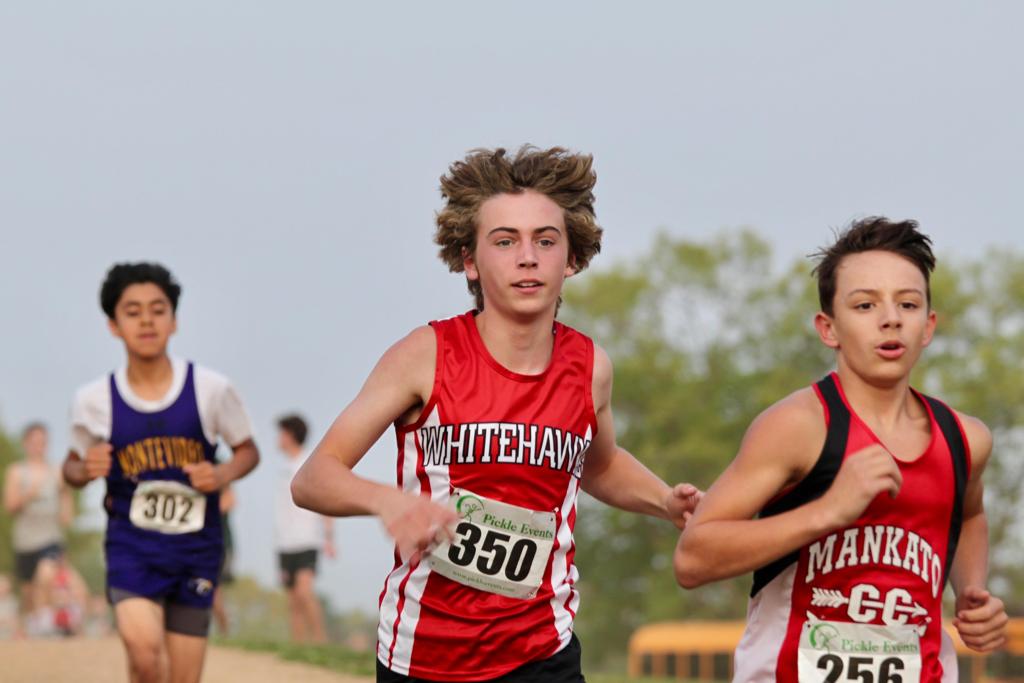 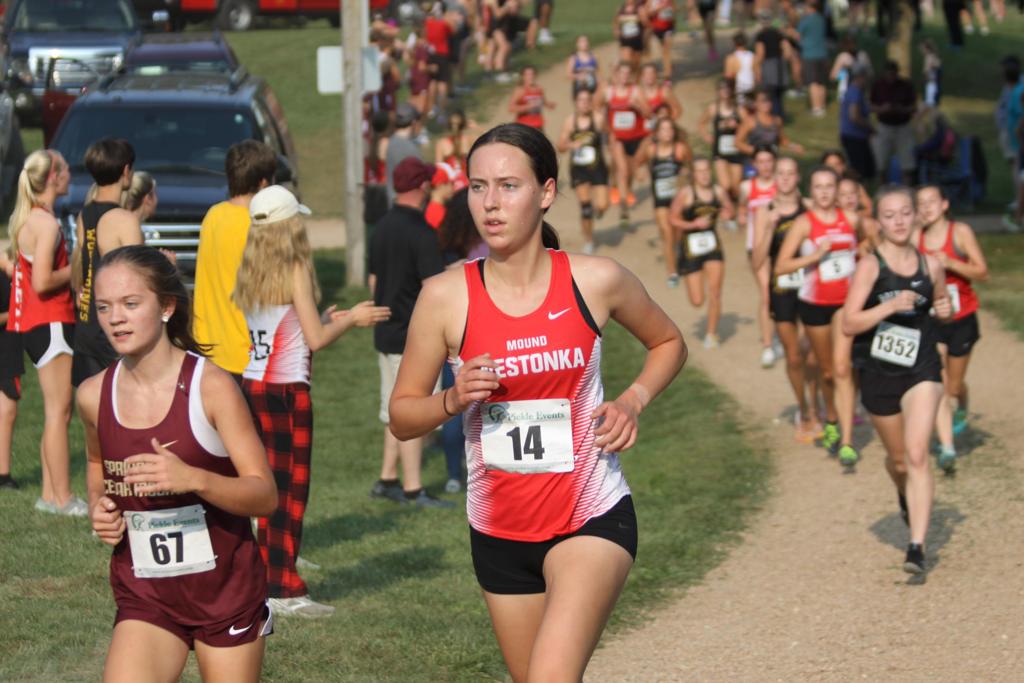 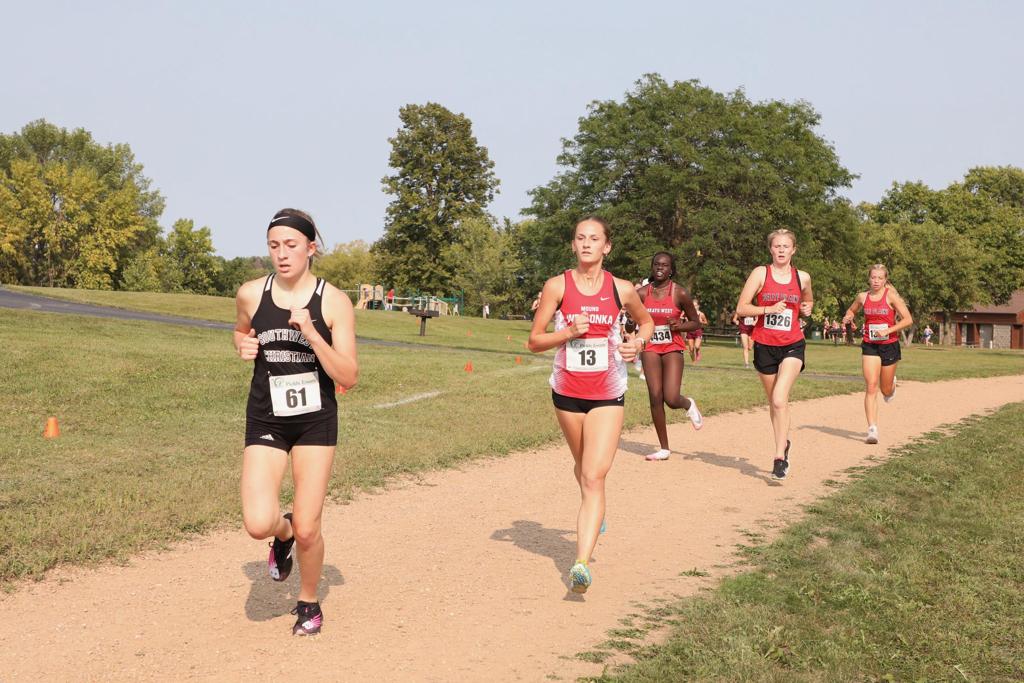