Junior Matthew Uhas earned fifth place at the Section 5AA Tournament to qualify for his second trip to state. 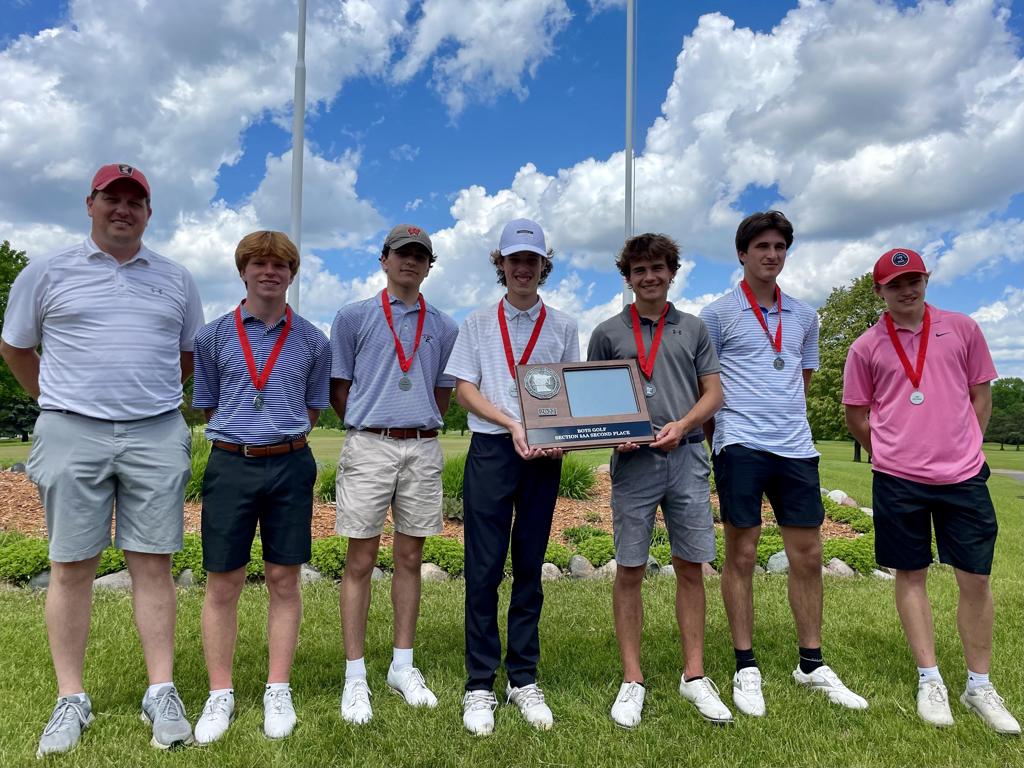 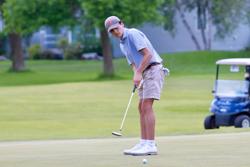 Matthew Uhas qualified for his second trip to the boys golf state tournament.

The Section 5AA Boys Golf Tournament was held at Pebble Creek Golf Club in Becker. The teams played 18 holes on June 2 in hopes of making it to the second round. Only the top four teams and a limited number of individuals qualified for the championship round on June 6.

Qualifying day on June 2 was sunny and in the 70s, but the winds were whipping at 20 miles per hour, making the challenging course even tougher. Junior Matthew Uhas led the way for the White Hawks, shooting a 78 with two birdies to put him in second place after day one. Junior Mac Harmer started the round hot with a birdie and finished with an 85. Junior Max Krebsbach and eighth grader Luke Sunnarborg came in next with 86, while senior Jack Eberhart shot an 88, and junior Tyler Albert an 89. While the White Hawks had hoped for lower scores, the team was happy to walk away in second place after the first day.

June 6 proved to be a perfect day for the championship round, with temperatures again in the 70s but only light winds. Harmer took advantage of the ideal conditions and shot his best round of the season, along with the low score of the entire section tournament. He started with a 40 on his first nine and then caught fire. Harmer logged seven pars and two birdies on his way to two under par for a 34, and a 74 on the day. His 159 two-day total put him in eighth place, unfortunately one stroke out of qualifying for the state meet.

Uhas played in the group behind Harmer and seemed to follow his lead, shooting much better on his second nine as well. Uhas shot a 43 on his first nine and then finished strong with a 36 on the second nine. His 157 total put him in fifth place, qualifying him for his second trip to the state tournament. The state tournament will be held June 14-15 at the Ridges at Sand Creek in Jordan.

The remaining White Hawks golfers finished in a tight pack, breaking into the top 20 finishers in the section. Eberhart added an 82 in his second round to finish at 170 for the tournament, in 18th place. Krebsbach and Sunnarborg each shot 86 for both rounds, tying them for 19th place in the section. Albert was another White Hawks golfer who finished strong, shooting 46 on his first nine and following it up with a 39 to finish in 21st place.

Mound Westonka held onto second place through the end of the round to finish eight strokes ahead of Delano and behind first place Totino Grace. The White Hawks had a fantastic season and wish the best of luck to Uhas next week at the state tournament.