A small but powerful selection of White Hawks athletes made the quick trip to Orono High School on June 2 for an incredible afternoon of program firsts, state qualifications and new school records at the MSHSL Section 6AA Track & Field Meet. 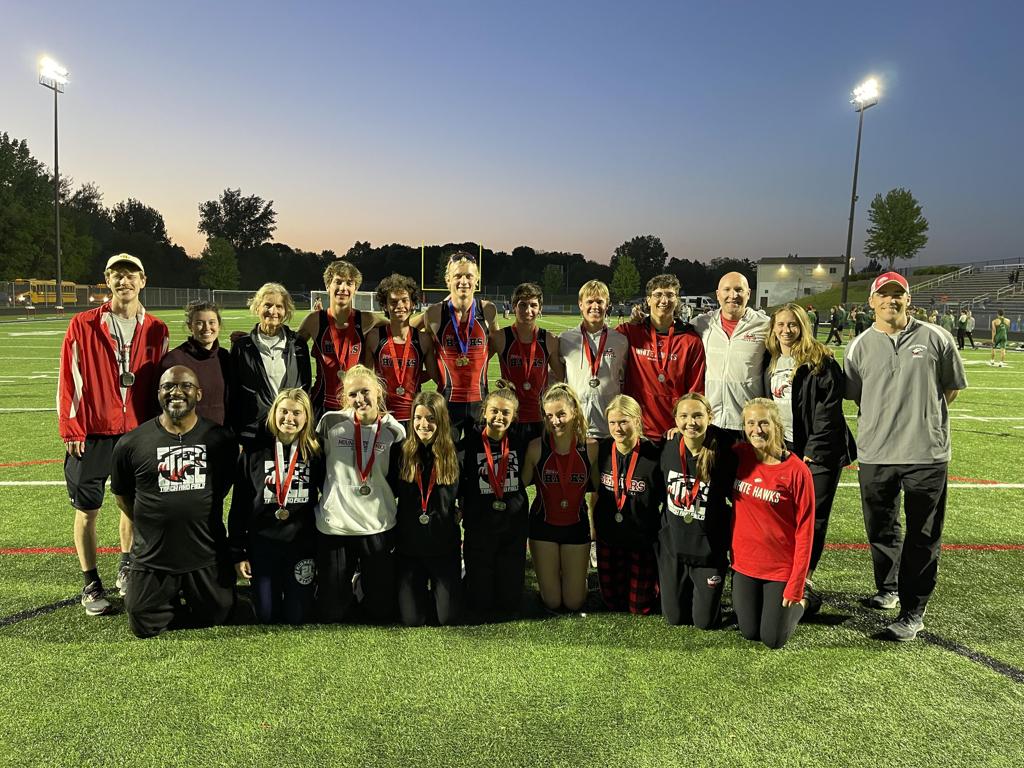 A small but powerful selection of White Hawks athletes made the quick trip to Orono High School on June 2 for an incredible afternoon of program firsts, state qualifications and new school records at the MSHSL Section 6AA Track & Field Meet. Contestants were treated to favorable conditions, sunny skies and mild temperatures - atypical for the season to-date. Sections is the gateway through which to pass to obtain a coveted spot at the state meet, with the top two finishers advancing, or with a qualifying time or distance standard.

An unprecedented 13 athletes qualified for state which is a milestone accomplishment for the White Hawks track program.  Head coach Sara Schwartz, delighted with day’s performances, stated:

“The team had an incredible day at the section meet. We had many PR’s, two school records and a record 13 kids going to state. The team has worked so hard all year and it paid off. Not only are these kids great athletes, but they are even better teammates. I’m so proud of the entire team.”

Also heading to the state meet in St. Michael next week is the girls 4x200 team of junior Micah Boyce, sophomore Makenna Seitz, junior Abby Holenstein and senior Alison Soule which ran a 1:47:47, earning them second place overall in the two-lap race.

In yet another school record-breaking race, the 22-year previous best fell in the girls 4x100. Senior Bella Lund, junior Avery Olson, junior Ellen Pruitt and Boyce ran a blistering 50:00, ever so closely missing first by only one-hundredth of a second in their combined one-loop race.

One of the marquee and most highly contested individual races of the meet was the boys 800M run. The White Hawks were highly favored, with Nemecek possessing the fastest section time of the year and sophomore Jack Markstom with the lead qualifying time.  Nemecek capitalized on a slow first lap, enabling him to increase the pace with 300M to go and never look back, finishing as Section Champion and record holder with a 2:00:98. With a remarkable surge in the final 50M, Markstrom passed two competitors, finished second overall with a 2:01:55, ensuring his name in the state brochure.

With his qualifying performances, and for the first time in school history, Nemecek becomes the only male White Hawks athlete to qualify for state in a fall, winter and spring sport in four individual events. Seniors Nemecek and Soule will be attending and continue their running careers at St. Olaf College next year.

Next up for the White Hawks qualifiers is the MSHSL State Track and Field Meet, which will be held at St. Michael Albertville High School June 9 through June 11, 2022.