The Westonka White Hawks were back at it again this week, showcasing their training at the Maple Lake Invitational at Ney Park Reserve. 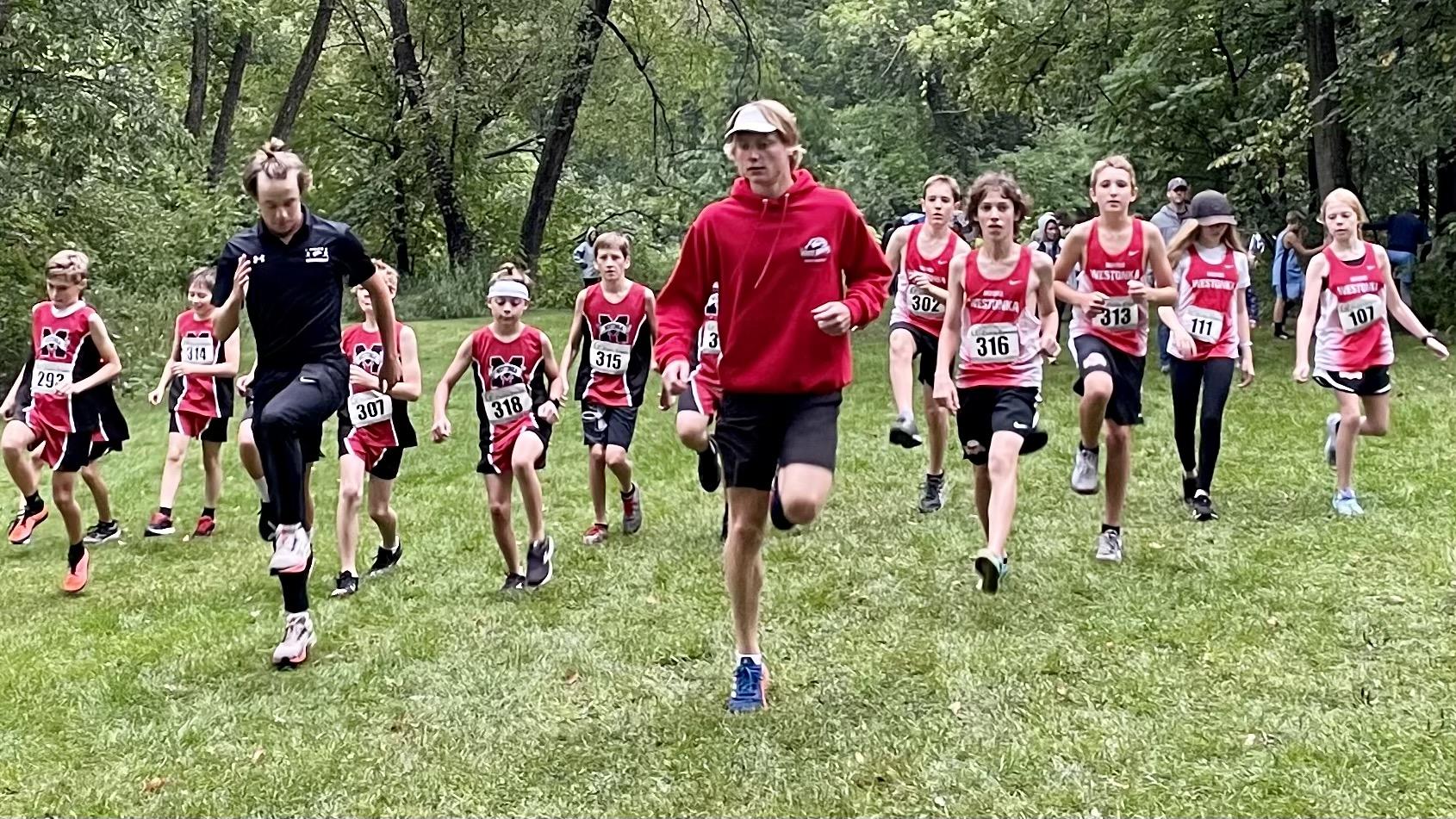 The Westonka White Hawks were back at it again this week, showcasing their training at the Maple Lake Invitational at Ney Park Reserve.  The final tally for Westonka at the end of the meet was two team wins, three individual wins, and two team runner-ups. "We had a very solid week of practice - and for that matter a super first three weeks of the regular season - and that translated to many good performances on Friday.  I was very proud of our kids, especially how they cheered for and supported their teammates,” shared Coach Butch Humbert.

The varsity girls gave their team lots to celebrate, easily winning the nine-team event, and beating second place Annandale by 41 points.  The girls were led by junior Laura Sunnarborg in 5th place, finishing the 5k in 21:30.  Next up was freshman Audrey Kirscht, placing 8th in 21:47.  Westonka’s next five girls all finished within 17 seconds of each other, claiming places 13 through 17.  Freshman Mari Engesser led that pack (22:53), followed by freshman Gabby Callahan (22:57), seventh-grader Sophia Engesser (22:57), freshman Brooke Garlock (23:03), and senior Alli Soule (23:10).

The boys varsity ran in some muddy conditions, due to a light drizzle and being the third race of the day.  They turned in fast times though, and ended up in second place, only 15 points behind Annandale.  Senior Lance Nemecek easily cleared the 18-minute mark, clocking a time of 17:40 and earning third place.  Fellow senior Josh Engesser also placed in the top ten, finishing fifth in 18:14.  Senior Max Epsky came in next with 13th place in 19:03, and junior Jacob Trost was close behind at 14th in 19:11. Sophomore Charlie Paul also cracked the top twenty, finishing 18th in 19:23.  Seniors Owen Paul (23rd in 19:41) and Wyatt Calrson (26th in 20:04) completed the White Hawks scores.

The junior high racers also produced opportunities for their older teammates to cheer, claiming the first spot in both races.  Eighth-grader Bette Mae Grogan won the girls race in a time of 10:17, with seventh-grader Drew Carlson winning the boys race in 9:22.  The boys junior high team took first place for the second week in a row, with a White Hawks pack claiming spots four through seven, all within eleven seconds of each other.  Eighth-graders Liam Grant (9:35) and Luke Sunnarborg (9:36) took fourth and fifth, with seventh-graders Brendan Rashleger (9:41) and Owen Trost (9:46) close behind them.  Sixth-grader Bobby Trost narrowly missed the top ten, finishing 12th in 10:02.

"At Maple Lake, obviously we were one of the bigger schools and we expected to contend well at every level.  But it is always gratifying to see that the kids follow through with that expectation,” said Coach Humbert.  "From a racing perspective, we will need to continue to lower our times to compete with our competition ahead, but that is certainly doable.  Some of our kids raced for the first time at Maple Lake and got a real lesson on what CC is all about.  It is cool racing through the muddy forest and tearing up the trail."

The White Hawks will prepare this week for their next meet in Montgomery, one of the larger meets of the year.  "Number one is that the kids are having fun and staying healthy.  That has to be a constant for a team to not only survive but thrive!  We are off to a good start, but it is a long and winding road ahead and we just have to take it one step at a time,” said Coach Humbert. 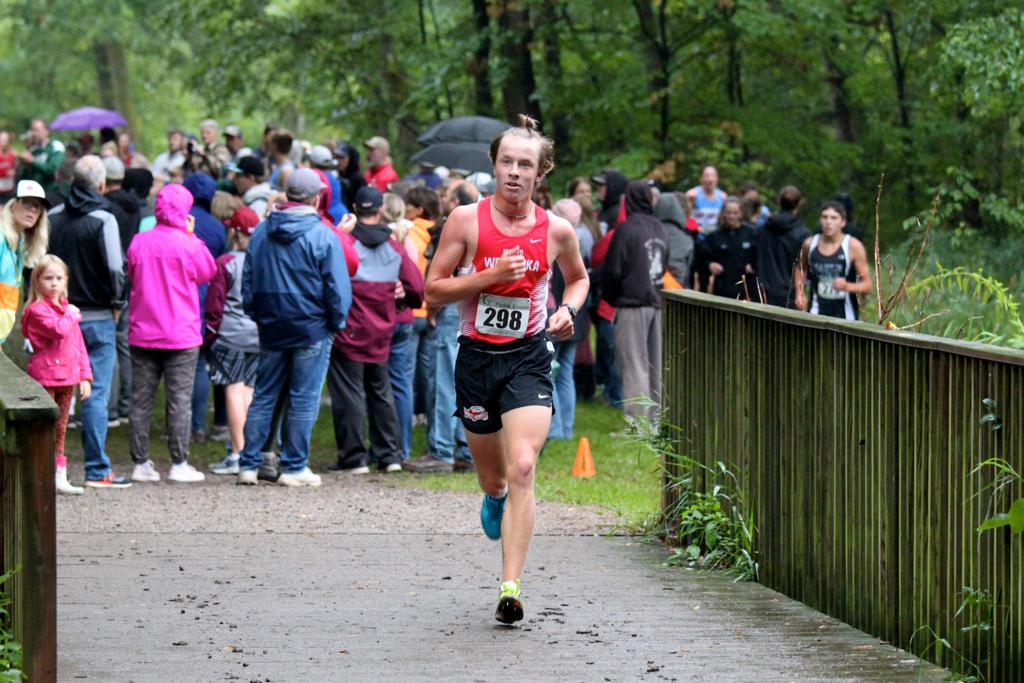